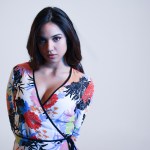 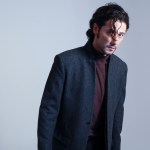 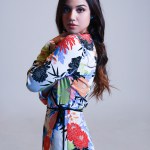 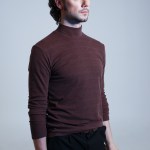 Hale Appleman & Summer Bishil from ‘The Magicians’ share the major challenges their characters, Eliot & Margo, face this season & how they plan to…hopefully… save Fillory!

Okay, Fillorians, your favorite iconic duo is back on television in The Magicians, facing their greatest challenge yet: saving the kingdom of Fillory. As dry as his wine and as cunning as Jean Valjean, himself, Eliot, along with his power-hungry, equally as scheming sidekick, Margo, take on a power struggle with the fairies, fighting to save Fillory from imminent collapse. As we saw in last week’s episode, Eliot and Margo are at a complete loss without magic, trying to figure out how to connect with the outside world to call on the gang for help, without tipping off the Fairy Queen (Candis Cayne), who is watching their every move. Hale Appleman and Summer Bishil, who play Eliot and Margo, respectively, spoke to HollywoodLife.com EXCLUSIVELY about their characters’ internal and external struggles that will come to light as Season 3 continues.

“Without magic we not only have our magical hands tied but also our ruling hands are tied because we can’t call the shots of our kingdom anymore. So, there is a power greater than us that is directly influencing every decision and every move,” Hale shared. “There’s Elliot and Margo ruling the kingdom and ruling even their little counsel. And then there’s the fairy queen looming over their heads. So in the first few episodes I think it’s pretty interesting to see that power dynamic shift.”

Summer, whose relationship with Hale is just an enviable as the one their characters share, added on to his sentiments, also disclosing how Margo’s lack of power will almost drive her to insanity. “I think attaining and retaining power is incredibly important and valuable to Margo because she still doesn’t have her inner compass. Her identity is very much based external validation of power whether it be the cool girl on campus or the top bitch, and now there’s a new top bitch,” she said. The Fairy Queen has Margo wrapped around her finger, as she carries Margo’s eye around in a cage on her wrist and constantly threatens her with destruction. Summer teases that her character’s rage and loss of power will come to a tipping point later in the season. “She had lost all control and free will, which is terrifying. That is the horror in life, really. When you no longer have your will to control what happens to you or what you are forced to participate in,” she shared, but added that as an actress, she needed to tap into Margo’s remarkable ability to keep her composure, even when everything is falling apart. “I wanted to have that moment of like ‘AH!!!!’ but Margo just doesn’t. That’s when I realized who she truly was, which is an incredibly courageous warrior of a human being. That was when I really just stepped back and was like ‘Damn, she has balls.'” OMG, we can’t wait to see this play out later in the season!

HollywoodLifers, make sure you watch The Magicians, Wednesdays at 9 PM ET on Syfy!