Giuliana, 43, and Bill Rancic, 46, want to expand their family! The couple — who are already parents to son, Duke, 5 — told HollywoodLife.com they’re ready for another baby.  “The truth is, we would love another child,” Giuliana said, adding that they’ve recently been discussing the topic. The television host and fashion designer admitted that it’s taken a bit to get to this point, since she had been on medication for breast cancer. However, she proudly revealed that she hit her five-year mark and is now in her sixth year cancer-free! Therefore, she is more than ready to try for another baby, and Bill is on board. “If we’re going to do it, it’s now or never, Rancic!” she said while looking at Bill, who admitted that little Duke keeps him young!

Giuliana and Bill — who currently live in Chicago where their restaurant, RPM is located — welcomed son Duke Edward, via surrogate in August 2012. The pair were very open with fans on their reality show, Giuliana and Bill, about their years of struggles to conceive, failed IVF treatments and a devastating miscarriage. Then, in October of 2011, Giuliana made a shocking announcement that at the age of 36 — in the midst of fertility treatments — that she’d been diagnosed with breast cancer. She made the decision to undergo a double mastectomy in December of that same year. But now, she is over her five-year mark, which is a significant reminder to cancer survivors that although remaining cancer-free is not guaranteed, the chances of the disease returning are significantly lower.

HollywoodLife.com caught up with Giuliana and Bill while they were in New York City with their friends at Marshalls. The couple partnered with Marshalls to inspire Americans to set family resolutions. “It’s so much more fun to set resolutions as a family. We’re teaching the value of setting goals and creating memories in the New Year – all grounded in wellness and togetherness,” Giuliana said. “For families who want to make meaningful change, the journey starts with finding the right wellness products to arm yourself for success —and Marshalls has everything you need at amazing prices.” 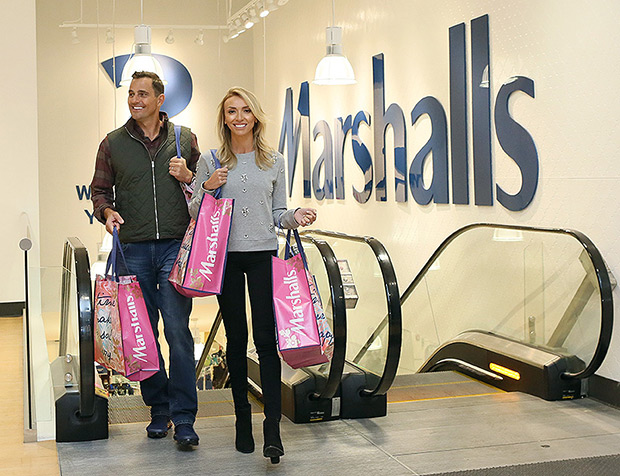 HollywoodLifers, leave your well wishes for the couple in the comments!