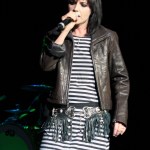 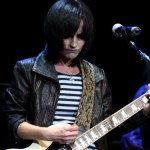 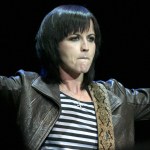 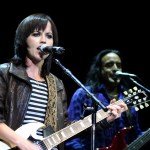 In the wake of Dolores O’Riordan’s tragic death at 46, learn more about the late singer of The Cranberries here.

1. She fronted The Cranberries for 13 years: Dolores O’Riordan, 46, auditioned and won a contest to be the lead singer of a band called The Cranberry Saw Us. The weird name was later changed to The Cranberries. The band was best known for the songs “Linger” and “Zombie”, as well as Dolores’ unique Irish drawl and yodeling. Together, the band released five albums: Everybody Else Is Doing It, So Why Can’t We? (1993), No Need to Argue (1994), To the Faithful Departed (1996), Bury the Hatchet(1999), and Wake Up and Smell the Coffee (2001). They split in 2003, and briefly reunited in 2009.

2. She also had a successful solo career: Dolores released her debut solo album Are You Listening? in 2007. It featured the singles “Ordinary Day” and “When We Were Young”. Her second album, No Baggage, was released in 2009. She also appeared on a series of guest tracks and compilation albums. Dolores won an EBBA (European Border Breakers Awards) in 2008, which recognized her as one of “10 emerging artists or groups who reached audiences outside their own countries with their first internationally released album in the past year.”

3. She performed for the pope three times: Dolores, a Roman Catholic, had the opportunity to perform at the Vatican three times, in front of Pope Benedict XVI. She performed at the annual Christmas concerts in Vatican City in 2001, 2002, and 2005.

4. She had a loving family: Dolores married Duran Duran tour manager Don Burton in 1994, and together they had three children: Taylor, Molly, and Dakota. Dolores and Don split in 2014, though continued to have a close relationship.

5. She was one of the 10 richest women in Ireland: Yeah, she had major money!

HollywoodLifers, our thoughts are with The Cranberries, and with Dolores’ loved ones during this difficult time. May she rest in peace.