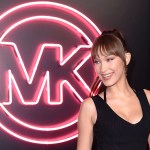 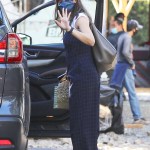 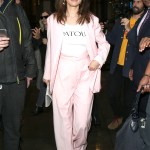 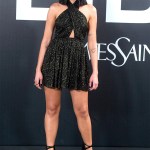 Emma Watson, 27, showed off her short bangs on Jan. 5 on her Instagram, as she showed off the latest read from her book club, Why I’m No Longer Talking to White People About Race. She debuted them publicly at the Golden Globes on Jan. 7, while wearing a black gown to support the #TimesUp movement. Her teeny tiny bangs are so adorable! Maybe Emma Roberts, 26, was inspired, because at the Critics’ Choice Awards on Jan. 11, Emma debuted her own blonde bangs look! “He got nominated. I got bangs. #criticschoiceawards,” she wrote on Instagram, posting a pic of her posing on the carpet alongside her boyfriend Evan Peters.

Emma R’s bangs were thanks to hairstylist Nikki Lee from the famous celeb hotspot 901 Salon. She wrote on Instagram, “✂️F R I N G E ✂️ Not a look we typically do but then again who wants to be typical? Not us!✌🏼 @emmaroberts you rocked these bangs so hard! Love you ♥️ #CriticsChoiceAwards #BabyBangs.” Her makeup was done by Joyce Bonelli, who used CHANEL makeup. You definitely need confidence to pull off a look like this, and both Emma’s are absolutely rocking them!

They aren’t the only ones to debut a hair makeover this year! Hailey Baldwin is rocking pink strands, and Kris Jenner has a short, blonde pixie! Apparently, a new year is a great time to try a new hairstyle! 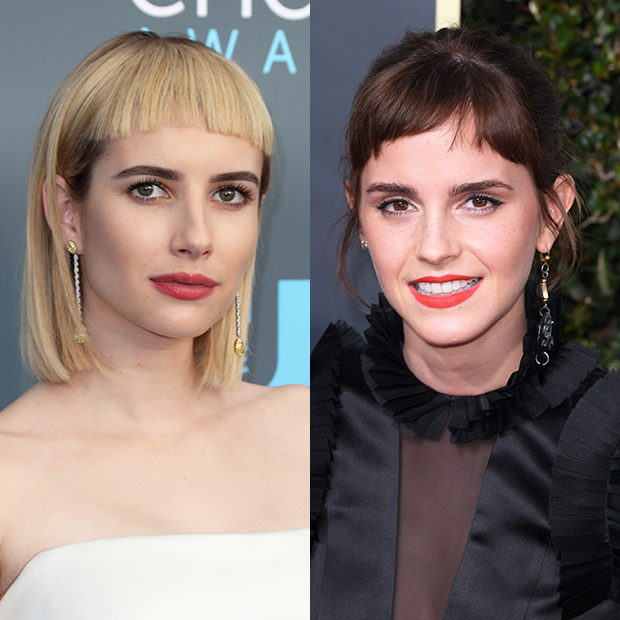