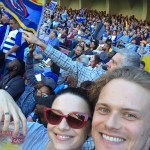 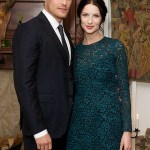 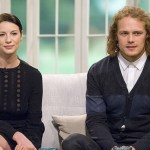 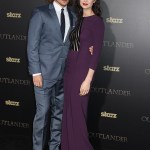 Caitriona Balfe, known best as Claire Fraiser on Outlander, just revealed to People that she is engaged! And while attending the 2018 Golden Globes on Sunday, Jan. 7, Cait showed off her gorgeous new ring! “It happened over the break I’m very happy,” she told the mag. Also it has to be note that, while participating in the Time’s Up blackout, she completely stunned in a black dress with feathered sleeves at the event. So gorgeous!

The 38-year-old thespian and her brand-new fiance Tony McGill have apparently been dating for 20 years now but have largely kept their romance away from the cameras. Fans first discovered they were an item when a friend shared a video of her playing a small flute while sitting in Tony’s lap in 2015! Here’s hoping these 2 get less camera-shy when the time comes for her to walk down the aisle!

Caitriona and her Outlander co-stars are already filming season 4 of the hit show. It will be returning for its fourth season this year. Her co-star Sam Heughan did not make an appearance at the awards show but he did send his best wishes via Twitter! “Good luck to our very own @caitrionambalfe tonight @goldenglobes @Outlander_STARZ !!! You deserve ALL the awards. Sending our love from sunny Scotland!” Although it was Elisabeth Moss, 35, who took home the prize for Best Actress in a Dramatic TV Series for her role in Hulu’s The Handmaid’s Tale, we tend to believe that Caitriona is the real winner here! Congrats you two!

Caitriona Balfe debuted her engagement ring on the #GoldenGlobes red carpet—and it's so gorgeous 💍 https://t.co/33Tqveml8Y pic.twitter.com/EsvkD4dxrN

HollywoodLifers, share your congratulations for Caitriona and Tony in the comments section below!