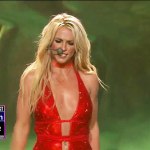 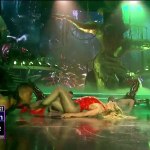 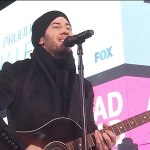 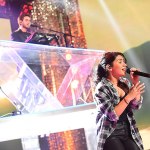 Wow! Britney Spears just blew our minds with INSANE performances of “Work B*tch” and “Toxic” for New Year’s Eve! Head here for all the details!

What better way to ring in the New Year than with Britney Spears in Las Vegas!? Uhhh…nothing! Everyone’s favorite pop star took the stage at the Axis Theater on the Vegas Strip to delivering a rousing performance of “Work B*tch” and we have to say — Brit Brit has never looked better! The 36-year-old songstress brought out some fiery attitude while decked out in thigh-high boots and loads of sequins (not to mention a heart on her booty)! Did we mention that her dance moves were completely sensational?! Later, she returned for a seductive performance of her classic hit “Toxic,” which involved the pop star doing some flying! Love it!

Although we can’t get enough of the “Passenger” singer, she was hardly the only big act performing in Dick Clark’s Rockin’ New Years Eve with Ryan Seacrest! Everyone from Shawn Mendes, 19, to BTS, Zedd, Charlie Puth, 26, and many, many performed from Hollywood, CA. And the likes of Camila Cabello, 20, Mariah Carey, 47, and Nick Jonas, 25, performed in the Big Apple. What a show! Head here for tons more images of Britney!

Brit’s incredible performance marks the end of her 4-year residency, Britney Spears: Pieces of Me, at Planet Hollywood Resort & Casino in Vegas. Her time was marked with a number of bizarre and endearing moments from the hitmaker, like most recently when she lost part of her weave while performing in Nov. And let’s not forget when she suffered a SERIOUS nip slip while busting out some dance moves! But, as always, she kept right on performing like a pro! Just another reason to love Britney!

HollywoodLifers, what did YOU think of that performance? Loved it as much as us?! Tell us your thoughts and responses in the comments section below!