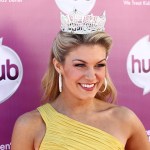 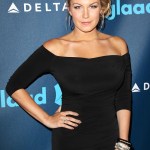 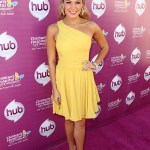 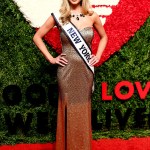 Former Miss America, Mallory Hagan, has responded to leaked emails in which the pageant’s CEO, Sam Haskell allegedly fat and slut-shamed her. Learn about her here!

Former Miss America, Mallory Hagan, 28, was the target of alleged fat and slut-shaming by the pageant’s CEO, Sam Haskell. In a major email leak [via The Huffington Post], Haskell allegedly makes inappropriate comments about Hagan’s weight and sex life. In one email, Haskell allegedly wrote to Miss America writer Lewis Friedman, “OMG she is huge…and gross.” In another message, he alleged to Friedman, “We lost count of the number of men she slept with at 25.” And the email chain went on — Alleged messages contained a plot to damage Hagan’s career and more shocking comments. She has since responded on Twitter, via video, where she tearfully explained why she is relieved this news is finally out in the public.

1. Mallory is from Opelika, Alabama — She spent one year studying biomedical science at AuburnUniversity near her hometown, and was the fourth Pi Beta Phi [Gamma chapter] to be crowned Miss America. After moving to Brooklyn in 2008, Mallory attended the Fashion Institute of Technology, where earned a degree in advertising, marketing and communications. She moved to New York City with two suit cases, and waited tables until she was able to attend school, thanks to the Miss America organization. Mallory was born in Tennessee and is an only child.

2. Mallory was crowned Miss American in 2013. — She was crowned on a platform of child sexual abuse awareness and prevention, and served her term from January 12, 2013 to September 15, 2013, before helping crown her successor, Nina Davuluri. Mallory was the successor of Laura Kaeppeler. During her reign as Miss America, Mallory was a National Ambassador for Children’s Miracle Network Hospitals and an advocate for Child Sexual Abuse Prevention, receiving numerous awards, including recognition at the 2013 Forbes Women of the Year Summit. Mallory was formerly Miss Brooklyn [2010], Miss Manhattan [2011], Miss New York City [2012], and Miss New York [2012].

As tonight begins @missamerica week, it's hard to not reflect back on the many years I spent as a part of the Miss America Organization. This video is a small clip of the press conference that rounds out the week of Miss America before finals. It was a chance for me to share with the press and public just how much I loved my job. Being Miss America was so rewarding to me, and a time that I will cherish forever. Is the @MissAmericaOrg perfect? Absolutely not. What is absolutely perfect? The journey that every young woman who participates in the organization is on. Whether you compete in a few locals or end up being Miss America, every woman navigates through the uncertainties and insecurities of life, emerging as a philanthropic, self-assured, engaged young woman. I simply cannot fathom another process that forces you out of every comfort zone imaginable and encourages you to be the best version of yourself while simultaneously preparing you for whatever your future endeavors may hold. Happy "Miss America Week" to those who will be watching. To watch the full video, see the •link in bio•. . . . #MissAmerica #MissAmericaOrg #MissAmerica2013 #Theresheis #Thereshettavels #Theresheserves #Forever #ForeverMissAmerica #Service #Style #Scholarship #Success #EcoTools #ItsA10 #CMNH

3. After being crowned Miss America, Mallory was berated in the press about gaining weight. — As an advocate for body positivity, Mallory responded perfectly — “I’m human…and I’d like to equate getting ready for the Miss America pageant, you know, to getting ready for a boxing match […] We get into shape and then afterwards life goes back to normal.”

4. Mallory is currently a news anchor and event host. — She is a news broadcaster at WLTZ-TV in Columbus, Georgia. And, according to reports, she is finishing her degree at Auburn University.

5. Mallory loves pure barre in her free time! — Her Instagram account is filled with photos and videos of her “feeling the burn” at pure barre.

UPDATE: After the jaw-dropping allegations were brought to light, Sam, Josh Randle, COO and president of the organization, and Lynn Weidner, board chair, have all reportedly resigned. “This afternoon, the Board of Directors of the Miss America Organization accepted the resignation of Executive Chairman and Chief Executive Officer Sam Haskell, effective immediately,” the statement on Dec. 23 read. “The Board of Directors also accepted the resignation of Chairman Lynn Weidner. At the Board’s request, Ms. Weidner has agreed to remain on the Board for up to ninety days to facilitate a smooth transition for the MAO to new leadership.” Sam also released a separate statement apologizing for a “mistake of words.”

A spokesperson for the Miss America organization released the following statement to HollywoodLife.com:

“The Miss America Organization (“MAO”) is committed to upholding the highest standards of character and integrity in all facets of its national framework. Several months ago, MAO’s Board of Directors was notified about the concern of inappropriate language in private email communications regarding various stakeholders.
Upon learning of these emails, the Board of Directors acted immediately, forming an investigative committee and retaining independent legal counsel to conduct a full investigation of the matter. The investigator conducted a series of in-depth interviews as well as extensive research that led to several recommendations.
Although strictly intended for private communication, these illegally procured emails contain inappropriate language that is unbecoming at best and is not, in any way, indicative of the character and integrity of MAO or its representatives. Please note that MAO does not condone the use of inappropriate language.
The independent investigation also determined that, at the time in question, three to four years ago, Mr. Haskell was under unreasonable distress resulting from intense attacks on his family from disgruntled stakeholders.
As a result of the investigation, the Board directed the organization terminate the relationship with the most egregious author of inappropriate comments, a member of the television production staff. In addition, the Board has started the process of instituting additional policies and procedures.
The Miss America Organization takes very seriously its reputation and the character and actions of its representatives and apologizes for any concerns or ill feelings this situation has caused. Moreover, the Board of Directors has and is taking affirmative action and has implemented specific policies and protocols to directly address this matter and to prevent any issues moving forward.”

HollywoodLifers, are you shocked over the alleged leaked emails?