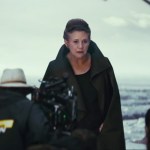 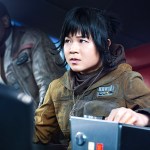 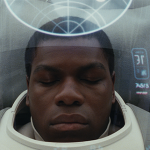 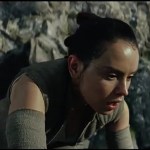 I’m not trying to rattle anyone’s cage here, but Kylo Ren and Rey are meant to be. Could I be reading too much into it? Possibly. But I don’t think I am. I’m a hardcore shipper, and my eyes do not deceive me. Allow me to explain…

Okay, I have not seen Star Wars: The Last Jedi yet, so I have no idea where Kylo Ren (Adam Driver) and Rey’s (Daisy Ridley) story is going. I’m aware that their connection will be explored in the film, and for me, I hope the story is gearing them towards a romantic relationship. Yes, I 1,000% ship Reylo. They’re my Star Wars OTP of the new generation of characters. To me, Reylo just makes sense.

Before you starting @ing me on Twitter, I do not believe that Kylo and Rey are related. I understand there are tons of theories, but in my mind, there’s not going to be some Jon Snow/Daenerys incest relationship going on between them. I think Kylo and Rey being related would be so obvious. Plus, I know what I saw in The Force Awakens. I’m not being misdirected. There were totally hints of something romantic. I mean, their chemistry was off the charts. I know this because I’m a professional shipper. I’m a ride-or-die, go down with the Titanic shipper (#Stydia, #Klaroline, #LoVe, just to name a few).

The interrogation scene in The Force Awakens was what sealed Reylo for me. Rey was Kylo’s enemy, she had what he needed, and yet he didn’t look at her in disgust. There was a gentleness in his voice and his eyes. When Kylo tried to read Rey’s mind, he realized she was far more powerful than he ever thought possible. Rey actually read his mind instead. Could that have been by choice? The truth can be very messy. It’s still a shock to me that someone who had no training and barely any idea of her Force ability could overpower someone as strong as Kylo. But that’s not the point. Realizing that he was not going to get what he needed, Kylo could have killed Rey. He could have easily done so. But he didn’t. And that’s important. The same goes for Rey when she fought Kylo. She had him in the palm of her hand, but she chose not to kill him.

Director Rian Johnson confirmed to Yahoo! Japan (translation via ComicBook.com) there would be “romantic drama” in The Last Jedi. “But there is nothing the same as the two lovers of Han and Leia, this time [laughs],” he said. “This movie, which is after the ending moments of The Force Awakens, each character was beginning to walk their own path. So, my duty was to dig down into: where do those paths go for each character?” For me, Rey and Kylo’s path are leading them straight to each other.

I believe The Force Awakens was the foundation for Rey and Kylo’s epic romance. Kylo and Rey are total opposites, but their connection was instant. No one can deny that. What’s better than the light side and dark side coming together as one? Kylo and Rey are twin flames. Soulmates. I can feel it in my bones. I think they’re the new generation’s Anakin and Padme, but their story won’t end in tragedy. They will learn from the mistakes of the past, they’ll prove to be stronger than their predecessors. Reylo is endgame. I rest my case.

HollywoodLifers, do you think there’s anything romantic about Rey and Kylo Ren? Let me now!