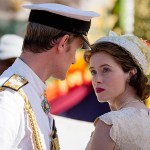 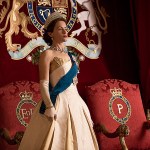 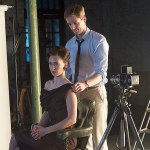 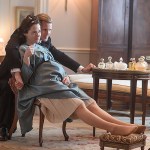 ‘The Crown’ season two will explore Prince Philip’s possible infidelity during the earlier days of his marriage to Queen Elizabeth II. Let’s take a look back at the royal rumors that shocked a nation!

The Crown has already stirred up some controversy for insinuating in the trailers for season two that Prince Philip, 96, possibly cheated on Queen Elizabeth II, 91, who have been married for 70 years. While The Crown is a television show, rumors about Prince Philip’s possible infidelity have swirled for years. Philip has been linked to Penny Brabourne, who is also one of his longtime friends. Her aunt, Countess Mountbatten, swore in a 2004 that Philip and Penny’s relationship was nothing more than friendship. “Philip is a man who enjoys the company of attractive, intelligent younger women,” she told author Gyles Brandeth. “Nothing wrong in that. He’s always had somebody there, sharing one or other of his particular pursuits. He has special friends, like Penny. But I am quite sure – quite sure – absolutely certain – he has never been unfaithful to the Queen.”

Another woman Prince Philip was famously linked to was British actress Pat Kirkwood. They met in 1948, when Philip went backstage to her dressing room at the London Hippodrome, according to Vanity Fair. Pat always maintained that she never had an extramarital affair with Philip, but she did get letters from him. She gave them to writer Michael Thornton and told him to “show them to no one except the Duke’s official biographer, when one is appointed after his death.” Regarding the infidelity rumors,  she also allegedly told Michael: “A lady is not normally expected to defend her honor. It is the gentleman who should do that. I would have had a happier and easier life if Prince Philip, instead of coming uninvited to my dressing room, had gone home to his pregnant wife on the night in question.”

In addition, there were rumors about Prince Philip and actress Katie Boyle, night club singer Hélène Cordet, Merle Oberon, Daphne du Maurier, and the Duchess of Abercorn. Katie, Hélène, and the Duchess have all vehemently denied any romantic relationship with Philip.

The royal family has never released any official statement about the rumors, but Gyles quotes Prince Philip denying any cheating in the 2004 book Philip & Elizabeth: Portrait of a Marriage: “How could I? I’ve had a detective in my company, night and day, since 1947.” He also reportedly told a female journalist who asked about the infidelity rumors in Jan. 2017: “Good God, woman. Have you ever stopped to think that for years, I have never moved anywhere without a policeman accompanying me? So how the hell could I get away with anything like that?”

Biographer Sarah Bradford claimed in her 2011 book Elizabeth II: Her Life in Our Times that Philip had allegedly been unfaithful to Elizabeth multiple times after speaking to multiple women, but she never revealed any of their names. She told Gyles in 2004, “The Duke of Edinburgh has had affairs… full-blown affairs and more than one. He has affairs and the queen accepts it. I think she thinks that’s how men are… He’s never been one for chasing actresses. His interest is quite different. The women he goes for are always younger than him, usually beautiful, and highly aristocratic.”

The infidelity rumors have stayed just that — rumors. There has never been any evidence to back up the rumors. Despite this, The Crown will be making its own decision about whether or not Philip stepped out on his wife. “I made a choice about what I thought he had or hadn’t done,” Matt Smith, who plays Prince Philip in the Netflix series, told Vanity Fair. The Crown season 2 hits Netflix on Dec. 8.

HollywoodLifers, are you going to watch The Crown season 2? Let us know!