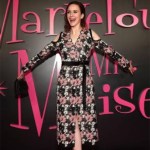 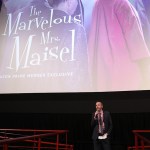 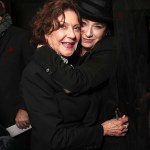 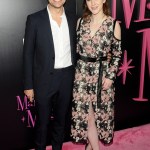 A star is born with Rachel Brosnahan’s breakout role in ‘The Marvelous Mrs. Maisel’! Here’s everything you need to know about the woman behind Midge.

1.) Rachel Brosnahan, 26, is no stranger to acting. While The Marvelous Mrs. Maisel, which premieres on Amazon on November 29, might be her breakout role, Rachel has appeared on a number of notable series over the years. From Netflix’s House of Cards to NBC’s The Blacklist, Rachel has been acting steadily since 2009. In fact, she even made an appearance on Gossip Girl in 2010! Before her arc as Jolene Parker on The Blacklist, Rachel also appeared on shows like Orange Is The New Black, Grey’s Anatomy and The Good Wife. Needless to say, this starring role has been long overdue for Rachel!

2.) When it came to playing Midge, Rachel drew inspiration from a number of notable comedians. “I did a lot of research on comedy in that period. I looked towards women like Jean Carroll, Joan Rivers, Phyllis Diller, Moms Mabley, Don Rickles,” Rachel told HollywoodLife EXCLUSIVELY at the New York premiere of The Marvelous Mrs. Maisel. “Little pieces drawn from a lot of different people.” Rachel also shared that she drew inspiration from “a few women that I have known and loved in my own life.”

3.) Rachel is in a relationship with ‘The Magicians’ star Jason Ralph. The pair reportedly started dating in 2015, and Jason was still by Rachel’s side at the NY premiere of Mrs. Maisel on November 13. Although both of them wear bands on their left ring fingers, it’s unconfirmed whether or not they quietly married over the years. Then again, lots of couples like to rock bands to show their commitment to each other without actually being married, so lets not jump to conclusions just yet!

4.) The actress refers to herself as a ‘research nerd.’ When we asked Rachel about her prep for The Marvelous Mrs. Maisel, she was thrilled to tell HollywoodLife about her love of doing research. “I’m a total research nerd, I love to research,” Rachel told us before gushing over the fact that Mrs. Maisel is a period piece. “Diving into the period was a lot of fun and our costumes are extraordinary,” Rachel added. “They are uncomfortable as all get out, but they look amazing and that’s all that matters. Beauty is pain!” So true, Rachel!

5.) Rachel is an activist for many amazing causes. One look at Rachel’s Twitter and Instagram reveals that she spends her free time helping to make the world a better place. Not only did she march in the Women’s March (with Jason!), but she has also actively supported transgender rights, digital rights, and animal rights, just to name a few. By following Rachel on Twitter and/or Instagram, you will definitely be enlightened and inspired!

Tell us, HollywoodLifers — Have YOU watched The Marvelous Mrs. Maisel yet? Comment below, let us know what you think!