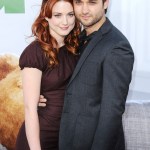 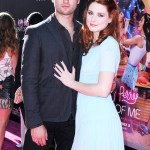 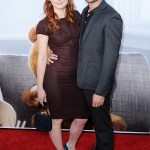 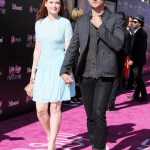 Jessie’s dead, and sadly Alexandra Breckenridge has no interest in looking back by continuing to watch ‘The Walking Dead’. Find out why, which she told HollywoodLife EXCLUSIVELY in our new interview!

Alexandra Breckenridge, 35, just can’t get into The Walking Dead now that she’s no longer on it. “After I got pregnant with my son I just can’t watch so much death, it just bums me out!” Alexandra, who previously played Jessie on The Walking Dead, told HollywoodLife. She then added, “I’d rather watch ‘This Is Us’.” Sadly, Alexandra’s Jessie was killed in season six — but that opened the door for her to join NBC’s newest family drama. Alexandra was happy to chat about her role as Sophie on This Is Us with HollywoodLife while promoting her position of “spokes-belly” for Palmer’s Cocoa Butter formula.

“After having done several very dark television shows and now having a family of my own, I’m really happy that I’m on a family-oriented show because it’s just much more of my mood than ‘The Walking Dead’ and ‘American Horror Story’ — which are still both fantastic,” Alexandra explained. “After having children, I just want to have more of a family-friendly vibe and I love that ‘This Is Us’ inspires, really touches people and warms people’s hearts. I feel lucky to be able to be a part of that!” Alexandra also couldn’t help but to gush over her This Is Us co-star, Justin Hartley, and his smooching skills. “He is one of my top five favorite on-screen kissers!” Gah, what a lucky lady!

Make sure you check out the pictures of Alexandra and her gorgeous baby belly in the gallery above. We were so honored to chat with her about her television characters and how Palmer’s Cocoa Butter formula is really helping her stomach adjust to growing and avoid stretch marks.

Tell us, HollywoodLifers — What do YOU think about Alexandra not being able to watch The Walking Dead anymore? Do YOU like seeing her as Sophie on This Is Us? Comment below, let us know!