Wendy Williams, 53, found herself at the center of headlines, when critics put up a fuss that she is too skinny. After maintaining her 50-pound weight loss and continuing to live a healthy lifestyle, Wendy gave her haters a strong-worded response. “They are so jealous,” she said on Monday as she rolled her eyes, chatting with Extra. “Excuse me, do I look too skinny? I weigh 145 pounds. I am sleek, lean, and living my life.” You tell em’, Wendy!

The talk show host then addressed her fainting episode on Oct. 31, where she collapsed on LIVE TV. Even then, online critics, as well as her notorious foe, 50 Cent, were arguing that Wendy “faked” her fall. “Fainting is something that happens to people,” she proclaimed. “Best place to faint probably is on national TV, ’cause all my doctors called — I didn’t have to call them — and kept late hours and worked around my schedule. I did not have any pain when I got up. I was waiting three days… I don’t have a lump on my head, no headache, and I’m fine.”

Wendy admitted that she’s “more guarded now” than ever before. And, she offered up a last message to her haters — “Pick a finger,” she quipped with confidence.

Back in 2015, Wendy revealed her new slimmed-down figure after a 50-pound weight loss. During a Q&A with her fans [at the time], she said that she dropped the weight over the course of three years. Wendy credited self-control as the kickstart to her weight loss. 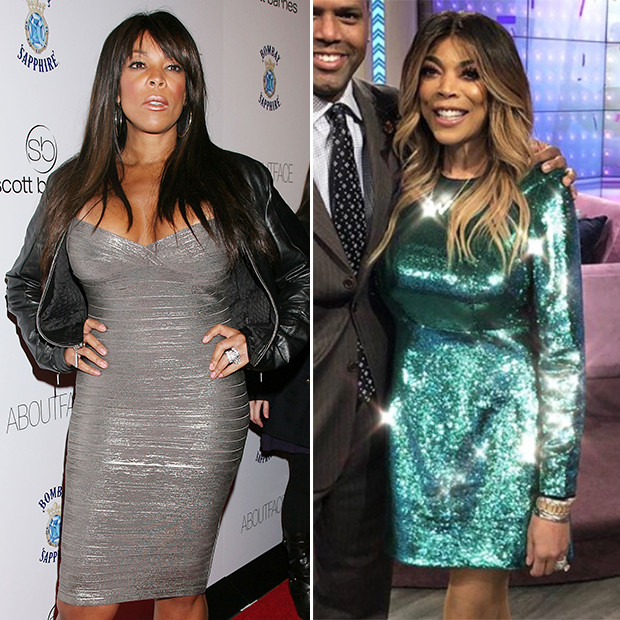 Wendy revealed that she changed up her eating habits to lose weight. She cut meat out of her diet, and she stopped eating as much. “Because of all the crazy diets I’ve been on, none have ever been as effective as [saying to myself], ‘Just push back, fatso. Just stop eating so much.'”

She even confessed that she doesn’t even love food as much, since she cut down. Instead, “I’ve picked up on other great habits like juicing.” Wendy also said that she avoids refined sugars, dairy, and eating after dark.

As for what she eats/drinks a lot of post weight loss? — Water and coconut water, tomatoes, green peppers, onions, wheat pasta with red sauce, and kale chips instead of potato chips. As for her workout routine? — She said that her go-to workouts include a lot of cardio and pilates.

And, changing her lifestyle wasn’t only about losing weight. “I go to the gym because it’s not about me losing weight at this point, it’s about me trying to fight heart disease,” she explained. “Slow and steady is the name of the game. It’s not going to happen overnight. I no longer believe in fad diets, crash diets…yes, I did have a jump-start because years ago I did get the liposuction and a tummy tuck, but I have to say that, if there is a poster child for plastic surgery and the jump-off to a new lifestyle, it would be me.”

Wendy also admitted to having liposuction and a tummy tuck in the past.

HollywoodLifers, what do you think of Wendy’s weight loss?