Angelina Jolie, 42, is basically the goth queen, so fashion buffs have taken notice that she’s switching up her style lately. While Angelina favors flowy dresses and jeans (always in black), she’s started stepping out more in short skirts and fun shoes. Of course, her wardrobe’s still 99.9% black. Something else stylistas have noticed? Her outfits look eerily similar to what Selena Gomez, 25, likes to wear! Coincidence? Probably. But a crazy new report alleges that she’s doing it on purpose! Why? It’s all about revenge dressing to make Brad Pitt, 53, see what he’s missing.

So, what does that have to do with Selena? Glad you asked! Brad and Selena are apparently friends. They were seen looking cozy at a Golden Globes after party last year, and some speculated they were flirting. Never mind that Brad’s almost 30 years older than her — and that Selena’s friends with his ex-wife, Jennifer Aniston! Angelina, according to Inquisitr, is still hung up on that incident, and allegedly wants to prove to Brad that she’s just as cute as Selena. That kind of discounts the fact that Angelina’s one of the most beautiful people in the world and filed for divorce from Brad in September 2016 — not the other way around.

Angelina and Selena do have similar styles lately. Selena’s fashion sense has matured from her formerly favored bright tops and jeans, to more sophisticated outfits, like sleek sweater dresses and stilettos. She looks amazing! As it turns out, Selena and Angelina actually own the same dress. Selena was spotted in Manhattan wearing a grey, sleeveless sweater shell, layered over cigarette pants, and heels in Manhattan on October 24. It was the perfect not summer/not yet fall look!

Angelina wore the short version of the dress (too bad, because we all know she loves a good thigh slit) in black on November 4. She accessorized with big shades and black booties. Her other recent looks are pretty standard for Angelina, and not exactly something Selena would wear. But there’s always tomorrow! No “who wore it better” here; they both look awesome. And we’re sure Brad agrees. 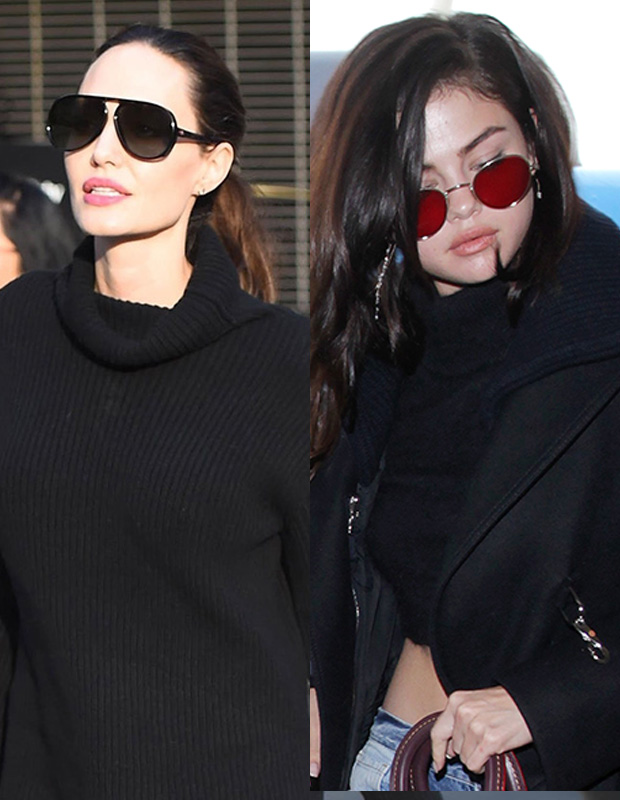 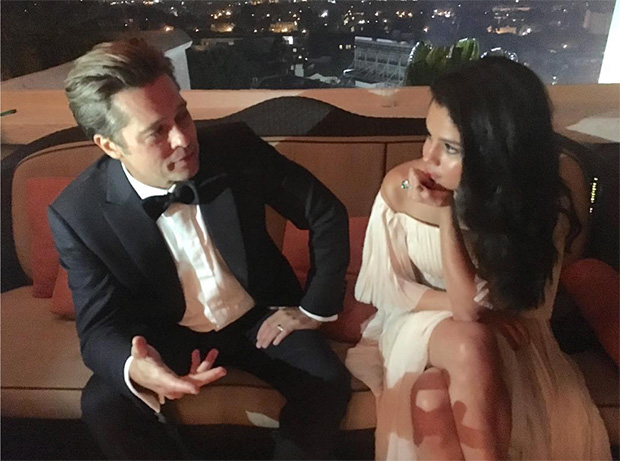 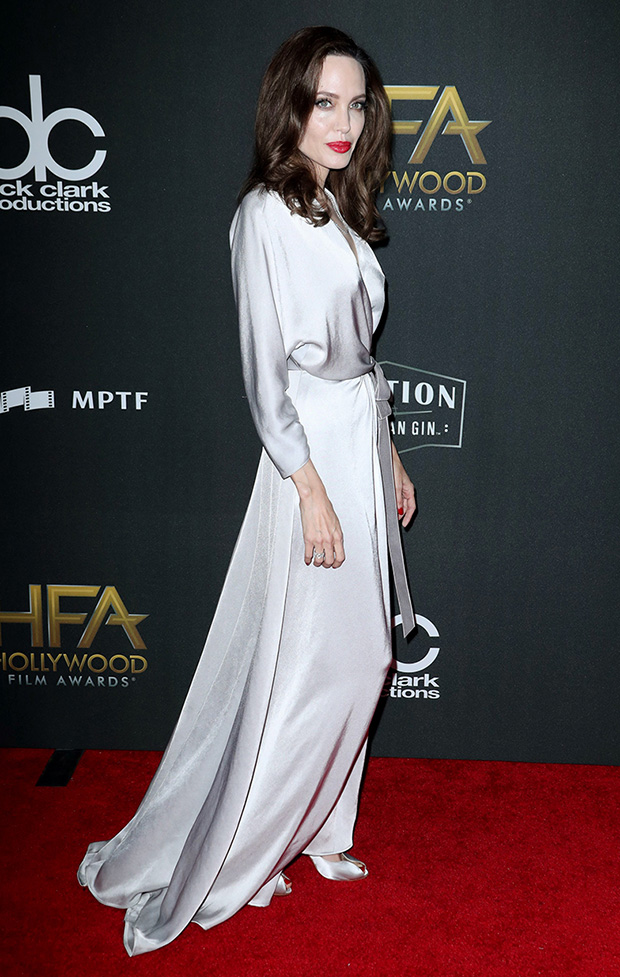 HollywoodLife.com has reached out to Angelina’s rep for comment.

HollywoodLifers, do you think Angelina consciously wore the same dress as Selena, or was it just a coincidence? Let us know!