Empire is turning up the heat big time. The war between the DuBois family and the Lyon family is showing no signs of slowing down. Warren is in the thick of the drama, trying to juggle pleasing Diana and his relationship with Jamal. Is Warren legitimately into Jamal, or will he betray the singer when it gets down to the wire? Empire fans have a lot of questions! HollywoodLife.com got the chance to talk EXCLUSIVELY with Terrell Carter about all that and more.

Terrell teases that Warren is put in a very tough position in the episodes to come. Plus, the added tension with Angelo doesn’t help things. Terrell also reveals whether or not we’ll get to see Warren sing again! Plus, which cast member does he really want to work with? Check out our Q&A below!

Where are Warren and Jamal when we pick up and are there genuine feelings between them?
Terrell Carter: Well, Jamal has always had genuine feelings. In the beginning, he was just a pawn for Diana DuBois, but I think at this point the tug of war is starting to happen for Warren. It’s starting to happen with not only how he’s feeling about Jamal, but how he’s feeling about his family, Diana and Angelo.

How faithful would you say Warren is to Diana?
Terrell Carter: I think he’s been faithful to Diana up until this point, but it’s gotten to a point where, and you’ll especially see in this episode, he realizes that the only reason that he did this is because he was trying to get back in her good graces. He’s never had a vendetta against the Lyon family. He’s accomplished what he wanted with Diana, but he realizes that it’s not all it’s cracked up to be with Angelo down on him and putting him in harm’s way when he’s really trying to help Angelo.

There has been tension with Angelo. Is that going to continue?
Terrell Carter: Well, I think the tension with Angelo is just as much a rollercoaster ride as the love affair with Jamal and his relationship with Diana. It’s going to be great to see how this all plays out, but I really think it’s going to take you on a ride. You’ll see in tonight’s episode that Warren and Angelo may have a problem.

Would you say that Angelo is going to continue to lose control and put this entire plan that Diana has in jeopardy?
Terrell Carter: I think it’s like anything else when it comes to power. Whether or not Angelo continues to lose control, I think because he’s lost so much control, and this is someone who comes from a family of pride and power, many times when that’s all in the mix, you really see what someone is really all about. With someone like Angelo and Diana DuBois, when they lose that power, they really don’t have anything else. There’s nothing else for them to stand on. They start just grabbing at anything, and that’s when the problems start happening.

Diana DuBois doesn’t really hold back as we’ve seen. How dangerous and crazy is this plan to take down the Lyons going to get? How will that impact Warren’s role?
Terrell Carter: How crazy is Diana DuBois? She’ll stop at nothing to take down the Lyon family. The thing is, with Warren, it’s all about how deep he is willing to go. When he looks at the bigger picture, Jamal is out of all the Lyons the sweetest. He really hasn’t done anything to anybody, so anyone with a heart can look at him and say, “Okay, maybe I do want to get back in the good graces of my family, but this guy is a really nice guy.” Diana’s just in the middle of all of it. Imagine the Godfather as a woman. She barely needs to raise her voice, but at the same time, she’ll cut your throat.

We’ve seen you sing on the show. Will that happen again?
Terrell Carter: That’s the greatest part about being able to play this character. Even though he’s a lawyer, he’s always wanted to be a singer. With Jamal being a superstar, he’s able to drag Warren in. There are some more times when he and Jamal are messing around with some songs and things like that, so you’ll get to see Warren do some more singing. And the rest of the season is still here to come.

Empire has a huge ensemble cast. Your scenes are mostly with Jussie Smollet, Taye Diggs, and Phylicia Rashad, is there someone you really want to work with?
Terrell Carter: I’m getting the chance in the upcoming episodes to work more with Taraji [P. Henson]. I’m enjoying that. I’d love to work more with Gabby [Sidibe]. Oh, and of course, who wouldn’t want to work with Forest Whitaker?

Do you think Warren is afraid of the Lyons?
Terrell Carter: I think Warren jumped in before he even knew whether the water was there or not, and I think that his biggest fear is Diana DuBois. And then there comes a point where he’s more afraid of hurting Jamal, losing Jamal, than either the Lyon family or the DuBois family.

With a few more episodes until the winter hiatus, how would you describe these upcoming episodes?
Terrell Carter: The next few episodes coming up are like we’re getting ready to blast off a rocket and we’re starting at 1. Getting to see what the next few episodes are about just with Warren and Jamal and the two families itself, it’s getting ready to completely explode. There’s so many twists and turns and you’re not going to expect any of it. The great thing about season 4 is that there’s one family against another family, but then there’s all these little twists and turns. 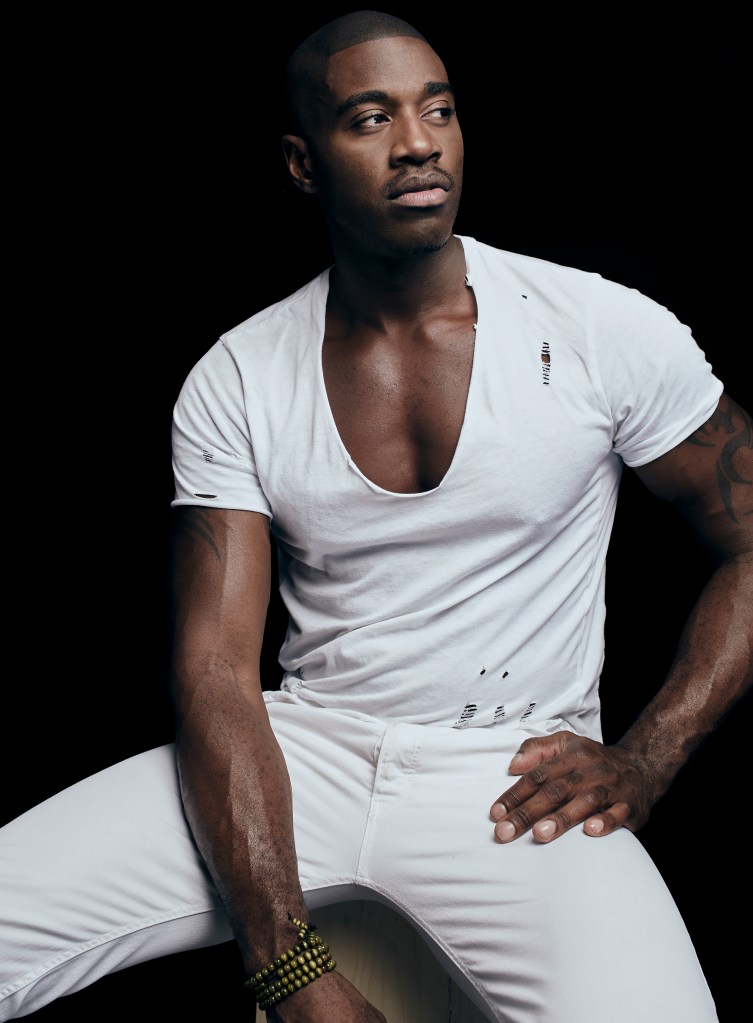 HollywoodLifers, do you like Warren on Empire? Let us know!