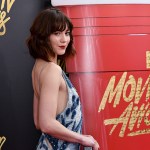 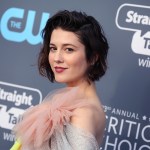 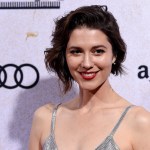 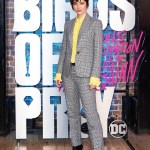 Mary Elizabeth Winstead is an actress who’s about to get more famous after allegedly kissing co-star Ewan McGregor, amid news he and his wife of 22 years had called it quits. Here’s what you need to know about her.

2. She’s got some musical talent. Mary Elizabeth started her singing career in 2013. She sings in the music duo Got a Girl with Dan the Automator. She’s also been featured on Deltron 3030, Man Man, and Portugal. The Man tracks.

3. She was one of the victims of “The Fappening.” Mary Elizabeth was one of the many celebrities hacked in the 2014 celebrity nude photo leak. Along with Mary, stars like Jennifer Lawrence, Kate Upton and her boyfriend Justin Verlander, Jessica Brown Findlay, Kaley Cuoco and Kirsten Dunst were confirmed to be victims of the attack.

4. She split from her husband in the spring. Mary Elizabeth married director and television writer Riley Stearns, 31, in 2010. The two met on a Carnival Cruise in the Caribbean when she was 18. The actress starred in and produced Riley’s debut feature flick, Faults, in 2014. She is currently set to appear in his next film, The Art of Self-Defense. The two announced their split back in May (the same month that Ewan McGregor, 46, and his wife of 22 years, Eve Mavrakis, 51, reportedly separated). Yesterday, photos surfaced that allegedly show Ewan and Mary Elizabeth, who are co-stars on Fargo, locking lips. It’s unclear whether or not Mary Elizabeth and Riley’s divorce has been finalized. Click here to see pics of Ewan and Eve.

5. She’s a vocal advocate on several issues. She has promoted Rose McGowan‘s story in the wake of the many sexual harassment and assault claims posed against Harvey Weinstein. She is also a donor for the American Civil Liberties Union and has passionately spoken out against President Donald Trump.

HollywoodLifers, what do you think of Mary Elizabeth? Let us know below!