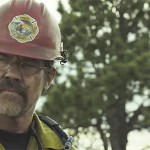 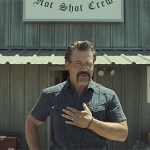 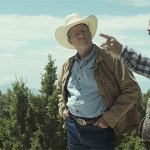 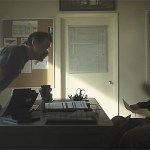 The powerful ‘Only The Brave’ is based on the true story of the Granite Mountain Hotshots, and HollywoodLife.com has everything you need to know about the heroic firefighters.

1.) ‘Only The Brave’ tells the story of the real-life firefighters from the Prescott Fire Department in Prescott, Arizona. The department created a group within themselves called the Granite Mountain Hotshots, made to combat wildfires. The group was originally founded in 2002 as a fuels mitigation crew, which turned into a handcrew in 2004, and then, finally, became a hotshot crew in 2008. The movie specifically focuses on the Yarnell Hill Fire, which killed 19 members of the group when it blazed in 2013.

2.) Only one hotshot survived. A total of 20 of the Granite Mountain Hotshots went out to fight the Yarnell Hill Fire, and sadly only one came back. The firefighter who survived is Brendan McDonough, who is played by Miles Teller in the film, Only The Brave. Brendan had been under the weather at the time and assigned to serve as a “lookout” for the 19-man crew as they headed out to fight the fire. His captain, Jesse Steed, ultimately saved his life by assigning him the lookout position that day.

3.) It’s still unclear exactly what happened to the 19 firefighters who died that day. The Granite Mountain Hotshots were supposed to be in a safety zone, which was an area that had already been burned by the uncontrollable wildfire. Video footage later revealed that the hotshots left that area, though it’s unclear why, and shared over the radio that their path had been cut off by the shifting flames. As other fighters desperately try to reach the men over the radio, you can see the flames moving in the background. You can also hear chainsaws, which one of the unseen firefighters can be heard saying is “not good.” The last radio call from the hotshots revealed that their route had been “cut off” and that they were preparing a deployment site for their shelters. They were never heard from again.

4.) Brendan later wrote a book about the horrific tragedy that left 19 of his fellow firefighters dead. In ‘My Lost Brothers’, lone survivor Brendan shares his emotional but detailed account of the day the Granite Mountain Hotshots died. In the book, Brendan revealed that he had “no idea” the team had “moved out of the black” — aka the safety zone. He also reveals what happened after, when the families of the fallen fighters gathered at a local school. The heartbreaking memory recalls the moment Brendan had to face the parents, wives and children of his lost brothers without anything to tell them to soothe their pain.

5.) ‘Only The Brave’ has a star-studded cast. The film, which has been called a “powerful tribute” to the hotshots, is chock full of incredible talent. Taylor Kitsch, Josh Brolin, Jeff Bridges, Jennifer Connelly, Andie MacDowell and more join previously mentioned Miles to tell the story of how those 19 fighters died trying to save Yarnell. The film arrives in theaters on Friday, October 20.

Tell us, HollywoodLifers — Will YOU be seeing Only The Brave in theaters? Comment below, let us know.