Stockard Channing shocked fans in a rare television appearance on October 17. Some are speculating she may have had plastic surgery — see what doctors say below.

We all know and love Stockard Channing, 73, for playing Rizzo in the 1978 classic Grease. In an appearance on the UK talk show Lorraine on Oct. 17, she looked… different. Now, it has been almost 40 years since the famous flick, but fans went wild with speculation over her changed appearance.”Oh no,” someone commented. Another said, “What has Stockard Channing done to her face?” One British watcher exclaimed: “Good grief, Stockard Channing looks unrecognisable on #Lorraine. Such a shame that people feel they can’t simply age gracefully.” We called up a doctor to offer his expert opinion.

Board certified plastic surgeon Dr. Norman Rowe told HollywoodLife.com EXCLUSIVELY, “It looks like she had a facelift and necklift years ago with possible cheek implants.” The reason she looks so dramatically different could be because, “She apparently tries to keep up the look of her facelift with filler instead of just redoing a facelift, which causes her to look ‘overfilled’.” Similar to breast implants, facelifts don’t last forever. “A facelift typically will last about 10 years,” Dr. Rowe says. “You can never stop the clock from moving forward or the aging process. The proper way to treat her is with a facelift. Instead of overfilling her face with dermal fillers and trying to avoid another surgery, she should have done another facelift.”

Bruce E. Katz, M.D., Clinical Professor at Icahn School of Medicine at Mt. Sinai and Director of the Juva Skin & Laser Center adds: “She had too much filler injected in her cheeks (probably Voluma) and too much in her lower lip — it’s out of balance with her upper lip (probably Restylane Silk). It looks like she had a bad facelift — she looks stretched!”

Dr. John Paul Tutela, who counts The Jersey Shore‘s Snooki as a patient, says it’s been a LONG time and we should cut her some slack! “Almost a half of a century has passed between the before and after pictures — I would say that accounts for most of the change you see. Aside from that, she definitely has fillers in her cheeks. You can tell that because her cheeks are fuller at 73 years old than when she was younger, and it doesn’t look like she put on much weight. That fullness is localized to her cheek prominence more than anywhere else, and that is a very common place for fillers to attempt to rejuvenate an aging face. There is also a good chance that she had a facelift at some point as you can see the vector of her smile is more horizontal.”

See before and after pics here: 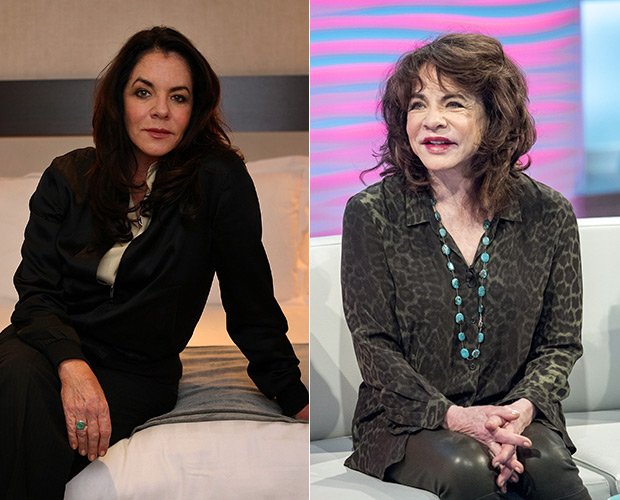 HollywoodLifers, do you think Stockard Channing got plastic surgery on her face?