Are Ashton Kutcher, 39, and Mila Kunis, 34, the meanest or smartest parents alive? Fans have been debating just that after the duo, who are the proud parents of daughter Wyatt, 2, and son Dmitri, 10 months, revealed that they won’t be presenting their young children with any Christmas gifts this year. Why, you may ask? It’s all in an effort to not “raise assholes,” they told Entertainment Tonight! And honestly, we applaud them for their conscious decision to ensure their kids aren’t spoiled. Click here to see some of the most adorable kids in Hollywood.

“Our tradition is no presents for the kids. We’re instituting it this year because when the kids are [younger than] one, it doesn’t really matter,” Mila told the publication. “Last year when we celebrated Christmas, Wyatt was two and it was too much. We didn’t give her anything — it was the grandparents. The kid no longer appreciates the one gift. They don’t even know what they’re expecting; they’re just expecting stuff.” So as for this year, the acting duo have already laid down the law well in advance!

“We’ve told our parents, ‘We’re begging you — if you have to give her something, pick one gift,” Mila added. “Otherwise, we’d like to take a charitable donation, to the Children’s Hospital or a pet [or] whatever you want.’ That’s our new tradition.” That actually makes a lot of sense when you think about, right? While some fans have commented that they don’t agree, and that kids should be allowed to engage in this “magical holiday,” other readers have pointed out that Mila specifically said it’s just the tradition for NOW — because Wyatt and Dmitri are still so young. 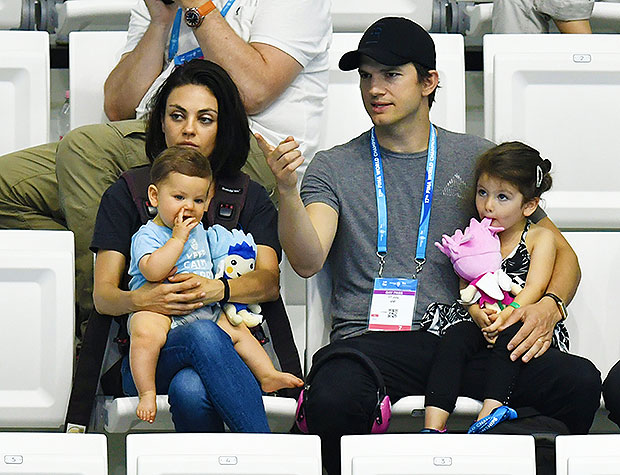 Growing up, Mila didn’t actually celebrate Christmas at all, but since she and her family moved to America, they’ve engaged in fun traditions such as decorating a Christmas tree. “I come from communist Russia, where you’re not allowed to be happy, so my holiday traditions are ‘be quiet,’” Mila said. “Coming to America is when you realize Christmas has a magical quality to it. In Russia, back in the day, it was a very religious holiday, so you don’t celebrate Christmas if you’re not Christian and if you’re not at Mass. So, I being Jewish, was like, ‘Christmas is not for you.’”

Tell us, HollywoodLifers — how do YOU feel about Ashton and Mila’s Christmas decision? Let us know in the comments below!