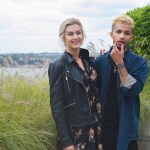 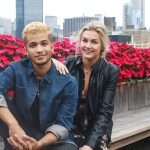 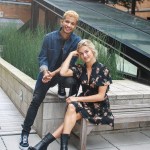 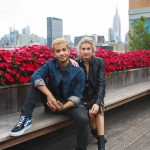 Jordan Fisher just dropped his first music since his debut and you’re about to be hooked. He broke down his new single, ‘Mess,’ in a new exclusive interview with HollywoodLife.com. Plus, listen to the song here.

Jordan Fisher may be a little busy in the ballroom with partner Lindsay Arnold, but he still found time to record a killer new song. On Oct. 6, he dropped “Mess,” a song he co-wrote with Dewain Whitmore, Patrick “J-Que” Smight and Mike Sabath. “It’s a narrative. It’s a story. Girls are interesting, amazing, significantly better than men but I think that you guys have a certain way of playing with minds and emotions,” Jordan told HollywoodLife.com in an exclusive interview. “It’s just an embellishment on that based on personal experiences. It’s fun, vibey, real.”

Read our full Q&A below and listen to the song above:

What was the writing process?
Sometimes it takes 4,5,6 hours. Sometimes it’s an hour and a half and lunch. This was one of those songs — it so easily came about. I’ve been playing it non-stop & I’m still obsessed with it.
Music video?
I haven’t filmed a video yet, but I can say that I’m rehearsing for it. I’m pretty much dancing 10 hours a day every day!
Explain the song in a couple words:
The concept is that typically I find that women like to mess with men… and I am not exempt from that.
Men mess with women too.
Without a doubt! Women are smarter than men – that’s kind of the bottom line. We might mess with women, but we don’t typically calculate as much as you do. You guys know how to do it much better than we do.