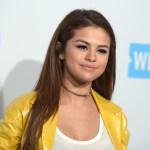 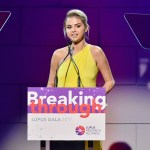 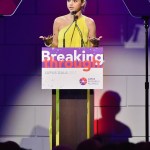 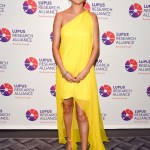 Selena Gomez has survived a scary kidney transplant, but is this crisis done – or will she have to go under the knife all over again? An expert EXCLUSIVELY explains whether or not she’ll need a second transplant.

Selena Gomez, 25, stunned fans after revealing that she had a secret kidney transplant. The “Fetish” singer had to undergo the procedure “due to [her] Lupus,” she said on Sept. 14. After having the surgery (with Francia Raisa, 29, donating a kidney) Selena came out with a brand new organ. Yet, will she just have to have a second transplant if/when her disease affects this new, healthy organ? “That’s a good question,” Dr. Michael Lockshin of the Lupus Center at the Hospital of Special Surgery EXCLUSIVELY tells HollywoodLife.com, “because a lot of the time, especially in the past, it’s assumed that the disease will come right back in the other kidney or the transplanted kidney.”

“But subsequent studies show that it’s rare for the disease to reoccur in transplanted kidney,” Dr. Lockshin tells HollywoodLife.com. “If the kidney is a perfect match, it can go lifelong. Generally we start worrying at about the 10-year period. There’s chronic rejection that usually shows up around the 10-year mark. We’ve gotten people who’ve had levels of chronic rejection that went on 17-20 years with a their kidney transplant before being back in renal failure. But, you won’t see any of that until a 10-year mark.” Full Disclosure: Dr. Lockshin has not treated Selena Gomez, and he’s not her physician.

Phew! That’s good to know. Selena’s battle with Lupus has played havoc with her life, and knowing that it’s rare that she’ll have to undergo a second transplant must be reassuring to her. Speaking of which, while it seems shocking that a young woman like Selena would need a kidney transplant before she’s 30 years old, Dr. Lockshin explains that this is normal for most Lupus patients.

“It’s a disease of young people,” he explains. “[For] most women, about 90%, the average age of onset of Lupus is about 18-25. Sometimes, the disease starts very abruptly and a transplant is needed by that age.” Well, Selena’s disease has been rather aggressive. She confessed in 2015 that she took a break from the spotlight to undergo chemotherapy to treat her disease. Such treatment is often used when the disease is affecting the kidneys or the central nervous system, so if Selena was dealing with kidney problems two years ago, undergoing a transplant now doesn’t seem that unusual. Get well soon, Selena!

Were you worried when you first heard that Selena had a kidney transplant, HollywoodLifers?