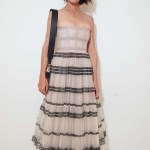 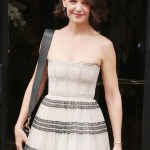 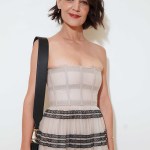 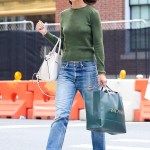 Katie Holmes and Jamie Foxx just went public with their relationship, but they’re allegedly still hiding something. A new report claims Katie’s pregnant! We have the details here.

Jamie Foxx, 49, and Katie Holmes, 38, are allegedly having a baby! Katie has reportedly dropping hints to friends that she’s pregnant, according to an insider who spoke to OK! Magazine. She and Jamie haven’t officially announced the alleged pregnancy, but all signs point to a little bundle of joy. The happy news comes shortly after the couple went public with their relationship after reportedly dating for two years. How exciting!

“[Katie’s] adjusted her workout and is avoiding alcohol,” the insider told OK! Magazine. “They’ve also started talking with friends about their future as a family. They aren’t confirming a pregnancy yet, but they’re not denying it either. They’re thrilled [their relationship is] finally out in the open. Neither of them wanted to sneak around anymore.”

That’s amazing! Katie, of course, has a child with ex-husband Tom Cruise — 11-year-old Suri Cruise. Jamie is the father of two beautiful daughters from prior relationships: Corinne, 23, and Annalise, 8. Giving the girls a half-sibling would make this one, big, happy family. It’s unclear when Jamie and Katie would announce their alleged pregnancy, but eagle-eyed paps seem to think it’ll be soon. The couple were spotted walking on the beach in Los Angeles, and Katie was wearing an uncharacteristically large, flowy dress. Could she be hiding a baby bump? Maybe! Or, maybe she just wants to be comfortable for a casual outing! Let the woman live!http://hollywoodlife.com/2017/09/11/katie-holmes-jamie-foxx-happy-dating-tom-cruise-relationship/

Baby or not, Katie and Jamie are having the time of their lives right now. As a source told HollywoodLife.com EXCLUSIVELY, Katie feels happier now with Jamie than she ever did when she was married to Tom. Katie “adores his sense of humor,” and can see him becoming a wonderful father figure to Suri — who reportedly hasn’t seen her own father in four years. A separate source close to Katie told us EXCLUSIVELY that Katie’s happy with the way things are and not in a rush to get married. They didn’t say anything about a baby, though!

HollywoodLife.com has reached out to both Katie and Jamie’s reps for comment.

HollywoodLifers, do you believe that Katie is actually pregnant with Jamie’s baby? Let us know!