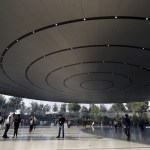 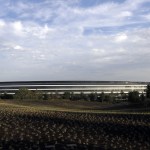 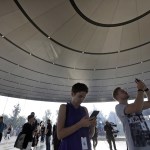 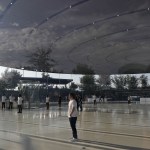 Finally! Apple Event 2017 has unveiled two new iPhone 8 and iPhone X, and revealed plenty of awesome details about other products. Check out our live blog to keep up to date on the new Apple offerings!

It’s happening! The Apple special event, held on September 12, has revealed amazing details about the company’s new products — including the highly-anticipated new iPhones. Yep, there are not one, but two new phones to lust after. They’re the iPhone 8 and iPhone X. But you’re going to have to wait just a bit to get your hands on either. Trust us; it’s worth it. The event began with Apple head Tim Cook giving the scoop to industry insiders at the Steve Jobs theater. Watch the live stream of the event, for free, HERE!

Okay, so here’s the juicy details: first up, we have the Apple Watch! Before hearing what changes are coming for the device, we have to sit through a video about how people around the world are losing weight, thanks to the watch. Okay! They’re adding smart activity coaching, a completely redesigned workout app — you can just tap your watch on a machine and get your stats! It’s also waterproof so swimmers can work out with it, too.

How cool is that? Enhancements to the heart rate app means you can see it on the homepage. Apple Watch will now notify you when it appears that you have an elevated heart rate and are sedentary — which is very dangerous. Amazing! Maybe even more important? Apple Watch iOS 4 allows you to get Toy Story watch faces. Apple Watch is teaming up with Apple Music, as well, letting users stream 40 million songs. Plus, Siri will talk on the watch. As for price, Series 1 is $249, Series 2 is $329, and the new Series 3 is $399. There are also new, cute watch bands available. Orders will begin September 15.

Apple TV is getting an update. It’s now in 4K HDR, meaning what you watch is going to be incredibly clear. They showed a clip from Spider-Man: Homecoming that’s basically in better quality than in movie theaters. Cool, right? It’s going to be $175 and ships starting September 14.

And now…iPhone 8 and iPhone 8+!! The design is all new — glass in both the front and back. It comes in silver, space grey, and gold. It’s water and dust resistant with a huge retina display. For the first time, the phones have true tone tech, which adapts to the light in the room. It has a new chip inside called A11 bionic: the smartest chip in any phone, EVER. It’s 70% faster than the previous phones.

It’s designed for 3D games and machine learning framework. There’s an ISP that delivers faster autofocus in photos. Your selfie game is getting elevated! The 12mp camera provides 83% more light, deeper pixels, and better color saturation. Now this is awesome. iPhone 8 will have WIRELESS CHARGING. That’s right, no more plugging in your charger across while you’re winding down for bed. iPhone 8 will cost $699, and iPhone 8+ starts at $799. Pre-orders start on September 15. We can all upgrade to iOS 11 on September 19.

And now, the moment we’ve all waited for….iPhone X!! “This is the biggest leap forward since the original iPhone,” Tim announced to the audience! Never mind that there’s no iPhone 9, okay? As leaks on September 11 stated, iPhone X is all glass, edge-to-edge, and there is NO home button! Like iPhone 8, it has true tone photography. Tap the screen to wake up the phone. Get to the home page by swiping up from the bottom of the screen. Pause for a split second in the middle to look at multiple apps you have open.

This is how you unlock the phone without having a home button to press: Face ID! It’s true; facial recognition software is here. The tech is advanced enough to recognize your face no matter if you’re wearing a hat, change your hairstyle, or grow a beard. So weird. The statistics for someone being able to unlock your phone with their face is about one in a million.

As the leak revealed, the iPhone X has Animojis, emojis that you create and animate with your own face. Yes, you can become an animated poop if you’re into that kind of thing. The iPhone X is going to have a longer battery life, and can be wirelessly charged. It will got $999, and is available for pre-order on October 7.

HollywoodLifers, are you psyched about anything revealed at the Apple Event? Let us know!