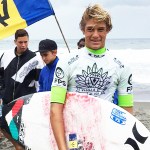 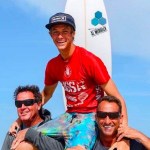 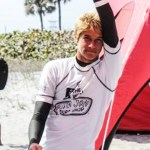 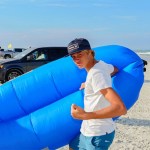 Zander Venezia was just 16 when he tragically died while surfing huge waves in Barbados caused by Hurricane Irma. The pro surfer was extremely talented, and incredibly loved. Learn more about Zander here.

Zander Venezia, 16, tragically died while surfing on Barbados’ east coast. The Bridgetown, Barbados native was a pro surfer despite his young age, and headed out with a group of fellow pros to experience the huge waves forming as Hurricane Irma reached the Caribbean. At one point, Zander took a wave that snuck up on him too quickly, and he crashed. He tumbled into the shallow water, hitting his head on a reef. As an autopsy later revealed, he was struck unconscious and died by drowning.

2. His friends tried to save him as soon as they saw him go down.

Friend Nathan Florence, a pro surfer, was the first to reach him. Nathan dragged Zander out of the water, bruised and bleeding, Bajan pro, now surf instructor Alan Burke told Surfline. “Nathan Florence got to him first, then shouted for the other guys and started to perform CPR. Zander was bleeding, and he wasn’t moving,” Alan said, through tears. “They tried to get him to the beach quickly, which was difficult. ‘Box by Box’ is a tough place to get in and out of, even if you have the ability. There’s lots of big rocks around, and some stick out of the water.”

“When they finally did get him in, they performed CPR on the beach,” Alan continued. “The ambulance came really swiftly from Speightstown, and the whole drive Nathan Florence, Dylan Graves and the paramedics continued to try and revive him. But once they got him to the hospital, Zander was breathing, but not responsive. From the time Nathan got to him in the water to when they arrived at the hospital, it was about 75 minutes of nonstop CPR.”

3. He was already a professional surfer at 16

This wasn’t a case of an unexperienced athlete trying to tackle a situation they couldn’t handle. Zander was an accomplished surfer who had already won a series of competitions and challenges. He was on his way to being an incredible pro surfer at just 16 years old. He started surfing when he was five. Two weeks  ago, he had achieved what he called a six-year-goal of winning the $250 top prize at the Rip Curl Grom Search in North Carolina.

Zander’s dream was to surf in the 2020 Summer Olympic games. There’s a good chance that the talented, budding professional would have made it there. Zander was also supposed to compete in the national final at Steamer Lane in October.

5. He’s remembered as a kind and loving person

Talk to anyone who knew Zander, and they’ll tell you that he was great. Alan said his sons were best friends with Zander, and they often traveled together to go surfing. He said he thought of Zander like one of his own.

HollywoodLifers, our thoughts are with Zander’s loved ones during this difficult time.