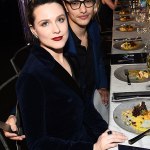 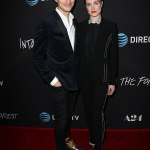 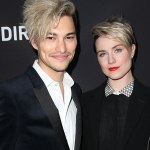 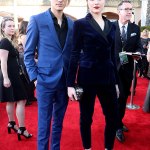 Oh no! Evan Rachel Wood has ended her engagement to her fiance and bandmate Zach Villa! Here’s what we know about the tragic decision!

After a 9-month engagement, Evan Rachel Wood, 30, and Zach Villa have pulled the plug on their engagement! The sad news was first reported by The Blast, who shared that the Evan and Zach actually decided to call it quits roughly a month ago. The timing of this news is particularly terrible as Evan turns 30 today (Sept. 7)! So sad. Head here to see more pics of this former couple.

Evan and Zach met while performing together at an event in L.A. in 2015. They quickly realized their mutual musical passions and began playing together. In no time they’d formed a band, Rebel and a Basketcase, and started writing music together. In 2016, they released a single together title “Oh Yeah.” Like the name of their group, a reference to the cult classic The Breakfast Club, their music is a throwback to the pop hits of the ’80s.

Evan, who has been very open about her bisexuality throughout her career, shares a 4-year-old son with her ex-husband Jamie Bell, 31. “There was a time, despite what it may have looked like on the surface, that the fear had gripped me so tight, and I felt broken and unlovable,” she said while accepting the Visibility Award at the Human Right Campaign’s awards event in Feb., via People. “And I did not think I would see tomorrow. But because of the voices I listened to, because of the people I identified with, the films I had watched, the music I had heard, because of words like ‘bisexual’ and the doors that it opened, I’m still here — and I didn’t miss out on the most beautiful thing I’ve seen yet, and that was my son.”

HollywoodLifers, are YOU as saddened by this new as we are? Let us know.