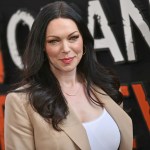 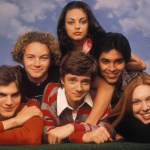 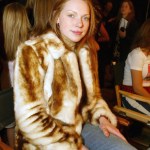 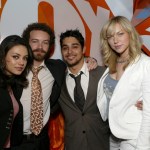 Congrats to Laura Prepon & Ben Foster! The acting duo are officially first-time parents after Laura gave birth to a precious little girl on Aug. 24! Get all the exciting details about their bundle of joy here!

Laura Prepon, 37, is a new mom! The That 70’s Show alum gave birth to her and fiancé Ben Foster‘s, 36, first child on Aug. 24, according to E! News, and we can only imagine how excited they must be about joining the parenthood club! The couple were spotted just one day prior to their little girl’s birth at Out East in New York City, where they enjoyed a sweet date night. Who would’ve thought that they would be a family of three just 24 hours later!

News of Laura and Ben’s pregnancy first broke back in January just one day after the couple attended the Creative Coalition’s annual Spotlight Awards during the Sundance Film Festival. “Ben seemed really protective and kept very close to Laura the entire night,” an insider revealed to People magazine. “He was holding on to her arm as they walked in and kept by her side during the dinner… Neither of them got up much to mingle. They definitely enjoyed dinner. I noticed she finished her plate.”

Twenty-four hours after the pregnancy was revealed, Laura was photographed at the film festival rocking her baby bump! With a smile on her face — and of course several layers of clothing to keep her warm — the Orange Is the New Black actress was snapped getting into a car in Park City, Utah. The star herself, however, didn’t speak out about her pregnancy. We can’t be surprised though because, after all, Laura and Ben like to keep their personal lives super private. Even her good friend Ashton Kutcher, 39, didn’t know she and Ben had gotten engaged until days later!

“I love you, but I am so pissed at you,” Ashton told her on an October episode of Live with Kelly, three days after her engagement news went public. “Pre, Pre — this is unacceptable! This kind of thing is unacceptable!” To that, Laura responded, “If anyone understands the private lives … you get it!” But Ashton wasn’t accepting that excuse at ALL. “Oh, I get it. But private lives include friends!” the father-of-two said. “Like, I shouldn’t find out when I get off the plane!” Well, hopefully Laura learned her lesson and informed Ashton of her bundle of joy’s arrival in advance! Congrats again, you two!

Tell us, HollywoodLifers — are you excited Laura and Ben are finally parents? Congratulate the happy couple below!