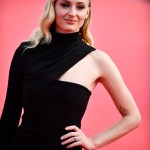 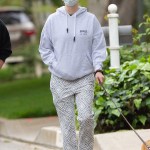 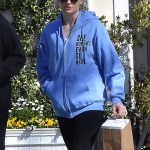 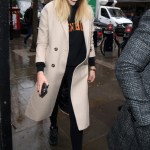 Justin Bieber is even popular in Winterfell! In this hilarious sneak peek of ‘Carpool Karaoke,’ watch ‘Game Of Thrones’ stars Sophie Turner and Maisie Williams rock out to his song ‘Sorry.’

Karaoke is coming! The ever-so-popular Justin Bieber has his music played throughout the world, including Winterfell where Sansa and Arya Stark were born. OK, obviously that’s just fan fiction from Game Of Thrones — but in the real life, Sophie Turner and Maisie Williams are just as obsessed with the crooner. In this sneak peek for Carpool Karaoke, the television stars rock out to a medley of pop’s greatest hits, including Justin’s “Sorry” and “Wrecking Ball” by Miley Cyrus. The upcoming episode promises tons of humor, adventure, and surprises! Fans have no idea what they’re in store for.

The sneak peek also shows Sophie and Maisie sneaking into a Game Of Thrones museum to astonish their most devoted followers. “They’re the most loyal fans in the world,” says the blonde beauty, “and I think we should go surprise them.” Jump cut to the girls hiding underneath a pile of fur coats in a room where fake snow is falling from the sky. “Get ready,” teases Maisie as she begins a countdown. “Three…two…one…SURPRISE!” The English beauties jump out — and then the clip ends. Who knew Sophie and Maisie were such class clowns? They’re always so serious on the show.

Game Of Thrones is at an all-time high right now, and the drama between Jon Snow, Daenerys, and Cersei is only increasing. Hopefully this doesn’t give away any spoilers, but Littlefinger (AKA Peter Baelish) is up to something too. Something shady…and it involves Sansa and Arya. He planted a fake note from Sansa knowing her younger sister would snoop around and find it. What does it mean? We’re not sure yet.