Lil Scrappy’s got one thing on his mind — ‘Operation find the Bam.’ And, his sexy new body is the first of many tactics to win her back. Now, we’ve learned what Bambi thinks, and this will answer your questions about if they will get back together…

Bambi Benson, 33, is a wanted woman! Lil Scrappy, 33, just won’t give up when it comes to winning back his former lady love. As you know, the Love & Hip Hop stars were once planning their lives together after Scrap proposed to Bam in season 5. However, an explosive fight eventually led to the demise of their relationship and Scrap ultimately moving out of her home. But, he’s not giving up that easy. He just debuted his new, fit physique, all for Bam, of course. And, with all of his recent efforts to win her back, HollywoodLife.com has EXCLUSIVELY learned that it’s just not good enough for the Bam.

“Bambi does think he looks hot; she‘s even impressed,” a friend of hers admits. “But, that’s not enough to suck her back in. He did her so dirty and she‘s not about to get played like that again. Bambi has zero sympathy for Scrap and doesn’t care what he does to try and together back.” In fact, “All his calling and begging isn’t going to change it, and neither is getting a six pack.” Ouch.

So, why is the Bam so set on moving forward? — Well, in case you didn’t hear, there was major speculation recently, that Scrap was getting back with his ex, Erica Dixon, 32. And, Bam isn’t going to take that kind of disdain. “She is not going backwards, because he’s disrespected her one too many times,” Bam’s friend says. “She thinks he should get some serious help and get the hell on with his life because his mission to get her back is pointless. She‘s not interested in getting played for a fool again.” Too harsh, or right on target? 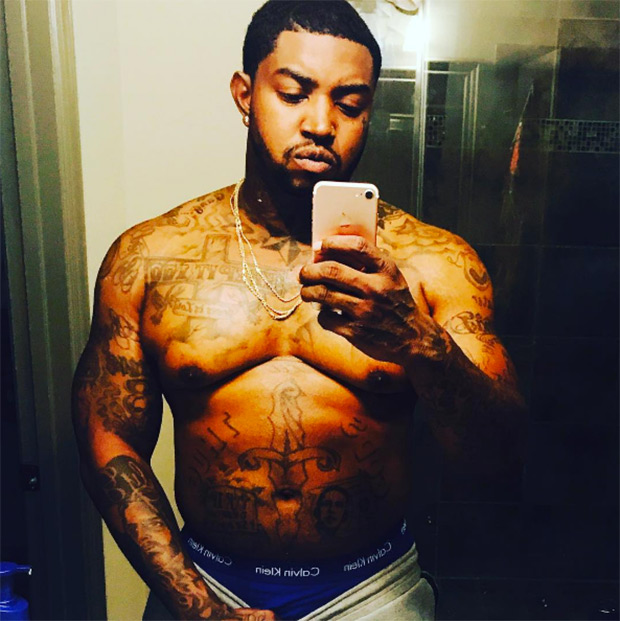 Although Bam isn’t have it, at the moment, Scrap seems to be set in his ways and sticking to his plans to win her back. As we previously reported, Scrap started his “operation find the Bam” around August 11, when we learned that he was going after girls who looked like his ex. We also learned that he was beginning to act vulnerable and expressing that he missed her.

Then, on August 13, he posted a video to his Instagram where he blatantly told fans he was on the hunt for the Bam in Miami. And, on August 16, he debuted his brand new six pack, all in an effort to win back his ex. However, Bam’s not budging at the moment. But, maybe another act of love by Scrap will win her over. Bam and Scrap reportedly split around May 2017.

HollywoodLifers, do you think Bam should take Scrap back?