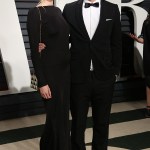 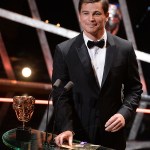 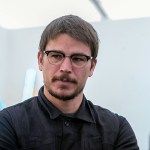 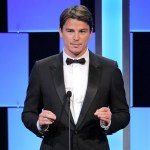 Josh Hartnett is a dad once again! The actor & his longtime girlfriend Tamsin Egerton have officially welcomed their 2nd child into the world, and we are so thrilled for the newly-expanded fam.

Congratulations are in order for Josh Hartnett, 39, and his ladylove Tamsin Egerton, 28. The adorable couple are now two-time parents after welcoming baby number two! While the two haven’t commented on the birth of their second child yet, they were spotted in London on Aug. 14 pushing a double stroller while shopping in Hampstead, per The Daily Mail. In addition to the new family pics, Tamsin noted on her Instagram Story during the first week of August that she was celebrating World Breastfeeding Week by nursing. So it looks like their newest addition has officially arrived! Click here to see pics of celeb moms breastfeeding.

Josh and Tamsin are also the proud parents of a 21-month-old daughter whose name has never been made public. The couple, who began dating back in 2012, announced their happy pregnancy news at the Vanity Fair Oscar party in February. Tamsin was eating beignets at the star-studded event and joked, “This is not feeding the baby nourishment.” The actress also showed off her tiny bump in a chic long-sleeved black gown with a high neckline. She paired her dress with gold heels and a matching purse.

While Josh prefers to keep his personal life private, he has opened up about fatherhood in the past, revealing that his daughter is “perfect in every way.” Aw! “It puts things in a totally new perspective, of course,” the Penny Dreadful alum gushed to Kelly Ripa and Michael Strahan in April 2016. “Your ego just melts away when you have a new kid — your heart leaves your body, and you give it permission to walk around with someone else for a while.”

Josh continued, “It’s really terrifying, but it’s beautiful. I love it more than anything — I wish I would’ve started earlier… But I’m so glad that she is the one that I’m raising.” And now he and Tamsin get to raise another one together! Congrats again, you two!

Tell us, HollywoodLifers — do you think Josh and Tamsin had a boy or a girl? Congratulate the happy couple below!