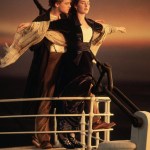 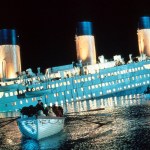 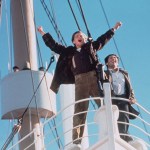 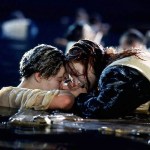 ‘Titanic’ is the most epic blockbuster to ever grace the silver screen — but it’s not a good movie. I don’t mean its not a quality film, I mean it’s an evil one. 20 years after seeing ‘Titanic’ as a kid, it still haunts me.

Every night in my dreams, I see you, I feel you. That is how I know you still terrify me. This year is the 20th anniversary of the most epic movie of all time — Titanic. The blockbuster hit that rocketed Kate Winslet and Leonardo DeCaprio, who played star-crossed lovers Jack and Rose, to an unprecedented level of global stardom overnight, will always hold a special place in my heart — and my nightmares. I begged to see this movie the night it premiered, Dec. 19, 1997, when I was just 7 years old, and for some reason my parents said yes. And their decision allowed me to be emotionally scarred for life.

I remember that night like it was yesterday. I attended the furthest thing from a kids movie with my aunt, uncle, and 11-year-old cousin. Don’t ask me why they agreed to take me, let alone their preteen son, I still have no idea. I settled into a seat that was too tall to allow my tiny elementary schooler feet to reach the floor, with a popcorn bucket in my lap that was bigger than my torso, and a drink whose size should have caused me to make several bathroom trips — but I would end up not moving a muscle the entire length of the film.

For the next 3 hours and 15 minutes I sat glued to my seat, first delighted by the love between Rose and the hottest guy in the world, and then horrified while watching an unsinkable ship sink and the hottest guy in the world die because Rose wouldn’t move the hell over. Just like most viewers, I got extreme emotional whiplash between the two halves of the film. Though I’m pretty sure my 7-year-old psyche took a harder hit than theirs.

To this day I still have nightmares about drowning in a bed in a ship’s cabin that’s slowly filling up with water, like the elderly couple in that horrifying montage. I see Jack’s frozen corpse sinking down to the bottom of the ocean. And then I wake up cursing the people who allowed me into an R-rated film about 1,503 people who died at sea. (Side note: I was also a tad too young to see Kate’s naked bosom during the “draw me, Jack” scene and had a few questions about what that hand print on the window of the steamed up car was all about, which my parents just pretended not to hear.)

Now, do I like Titanic? Of course I do. It’s an amazing movie and it wouldn’t have affected me so much if it wasn’t. It’s an epic romance that is unlike any other and gave me some very unrealistic expectations about the power of love. Watching it now, as an adult, I can appreciate the beauty and the sorrow all at once. But the trauma I endured will go on and on. And I’ll never let go.

HollywoodLifers, what do you think of Titanic? Did you see it when it first came out, and if so, were you really young at the time? Let us know below!