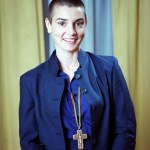 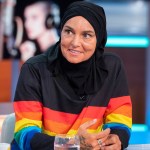 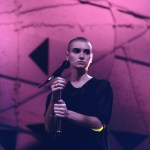 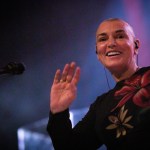 Popular ’90s singer Sinead O’Connor posted a deeply troubling 12-minute video to Facebook saying she is living out of a motel in New Jersey and is having suicidal thoughts. See her heartbreaking confession.

Sinead O’Connor, 50, is feeling very alone. The Irish singer took to Facebook last week to post a troubling video in which she reveals she is suicidal and living out of a $70-a-night Travelodge motel in New Jersey. The dark 12-minute video includes Sinead’s heartbreaking admission of how alone she is and how hard she is fighting her mental illness.

“I am now living in a Travelodge motel in the a**e end of New Jersey,” she said, sitting on the room’s bed. “I’m all by myself. And there’s absolutely nobody in my life except my doctor, my psychiatrist – the sweetest man on earth, who says I’m his hero – and that’s about the only f***ing thing keeping me alive at the moment… and that’s kind of pathetic. I want everyone to know what it’s like, that’s why I’m making this video. Mental illness, it’s like drugs, it doesn’t give a s**t who you are, and equally what’s worse, it’s the stigma, it doesn’t give a s**t who you are. Suddenly all the people who are supposed to be loving you and taking care of you are treating you like s**t. It’s like a witch hunt.”

The “Nothing Compares 2 U” singer, who was diagnosed with bipolar disorder over a decade ago, said she is “fighting like all the millions of people” battling a mental illness. “If it was just for me I’d be gone. Straight away back to my mum… because I’ve walked this earth alone for two years now as punishment for being mentally f**king ill and getting angry that no one would f***ing take care of me,” she said. “I’m a 5’4′ little f***ing woman wandering the world for two years by myself.”

Fans were very concerned by the mother of four’s confession and immediately wanted to let her know they were there for her. Sinead has had a very rough time over the past few years. She has previously struggled with suicidal thoughts, is estranged from her family, survived an overdose and spent time in a hospital for mental health evaluation. Our thoughts are with her during this difficult time.

HollywoodLifers, leave your thoughts and prayers for Sinead below!