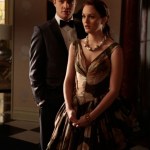 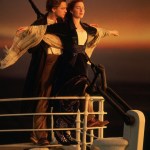 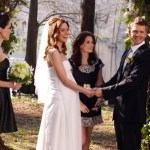 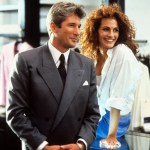 In today’s world, we’re friends with everyone on social media: our friends, our parents, heck, even our teachers! So, I guess that makes it weird that I don’t follow my BF on Facebook, Twitter or Instagram. But guess what: I actually love it! Here’s why you should consider doing the same.

I follow literally everyone I’ve come into contact with on social media. That includes my friends from college, teachers from high school, people I’ve met at bars, distant relatives…everyone! The one person I don’t follow? My boyfriend! I know how bizarre that sounds, but my relationship is healthier than ever, and I really think everyone could benefit from disconnecting with their S.O.s.

So, why aren’t we friends? I honestly couldn’t tell you. My boyfriend is really into privacy. Plenty of guys added me on Instagram or Facebook the second we started talking, but not him. He even used a fake name on Tinder and didn’t tell me until we met in person. (Again, I know that’s weird, but it felt like a genuine concern for safety and not a catfisher, so I let it go.) One week after meeting (and hanging out every day), he asked me to be his girlfriend, and I was thrilled. But still, no friend request came. At first I was concerned, but a year and a half into our relationship I’m glad we have that separation.

Here’s the thing: I dated the same guy for 7 years before my current boyfriend, and social media caused a lot of friction in the relationship. As many do, I found myself questioning people that commented on his posts, or he would get mad about random guys liking my photos. If we broke up or fought, everyone would ask about my changed “relationship status” on Facebook, or why we haven’t posted a pic together in a while on Instagram. When we got back together, friends would message me to ask about the reunion. Social media invited other people into our private lives, created unnecessary jealousy, and added pressure to look “perfect.” Now, all of that is gone and I’m loving it.

Digital communication is cool, but personal communication is key. I’ve found that I can sense when something is wrong with my S.O., and now instead of digging through likes and comments for the culprit, I simply talk to him about it. When things aren’t as peachy, the only people who know are close friends who I’ve sought out advice from, not any Tom, Dick, and Harry that wants to give their two cents. I never find myself obsessing over other girls, and he never has to worry about other guys. And why should we? We spend every day together, we talk constantly, why should we concern ourselves with some random guy from high school that hit “like” on one of my pictures on a whim? Even something as simple as saying goodnight at 10 and then liking a video at 10:15 could be fodder for a fight, and I just don’t need that kind of stress.

The root of displaying your relationship on social media is to show ownership of the other person. It isn’t pretty, but it’s true. You want to show other people that they are yours, but if your relationship is healthy and happy, you shouldn’t feel the need to do that. You should feel confident about your connection, and everything that happens on social media is just a distraction from that.

Early on, combing through someone’s social media will give you an idea of that person that might be totally different from who they really are. A new relationship deserves a fair chance at getting to know each other without a stray “like” or a shared article giving you the wrong impression. My boyfriend and I both agreed that it’s a little weird not to be virtual friends when we’ve been together for so long, but we’ve come this far and we’re both so happy. Why should we mess with that now? Give it a try, you just might like it!

HollywoodLifers, would you ever consider cutting the cord with your boyfriend? Let me know!