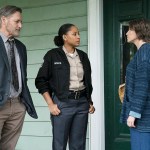 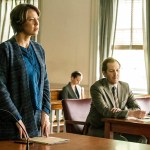 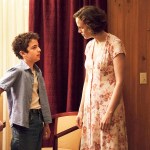 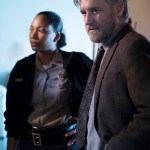 Jessica Biel’s new thriller ‘The Sinner’ looks extremely disturbing — and if it follows the book, it definitely will be. Warning: if you haven’t read the book or don’t want to know what happens, don’t keep reading!

Jessica Biel has taken quite the leap from her 7th Heaven days; the actress, 35, will transform into Cora Tannetti, a young mother who commits a brutal murder but has no idea why in USA’s new thriller, The Sinner. The story will revolve around the “whydunnit” rather that “whodunnit,” but if you read the 1999 novel of the same name by Petra Hammesfahr, you already know why.

Following a screening of the pilot at Tribeca Film Festival, Jessica admitted she hopes fans will watch the show before reading the book, but definitely read it. “When I read the book, every step of the way for me was a shock and I feel like nothing can shock me anymore. I’ve seen it all,” she said. “We all have seen it all in a sense, but every time there was a surprise (in the book) it was a genuine surprise for me. That felt incredibly rare. I wanted to play (Cora) and be little nuts.”  Don’t keep reading if you don’t want to know why!

She also added that you’ll learn much more about Cora than what you saw in the pilot thanks to flashbacks. Well, in the book, we learn everything from those flashbacks. Why did Cora go crazy? Well according to Barnes & Noble spoilers, it all started when she was a child; her sister got sick and took up all her mother’s time, forcing Cora into an abusive relationship with her father. As they get older, her sister Magdalena manipulates Cora and their relationship is toxic and inappropriate; at 19, Cora takes her sister with her to meet a boy and his friends — there, Cora is raped by two boys and the third has sex with her sister

Cora doesn’t know at the time her sister is hoping to die, as she knows it is coming soon — and she dies during sex, with specific music playing. Cora flips out, one boy hits her over the head, then holds her captive for six months. Years later, Cora is at the beach and hears that music — and she snaps.

HollywoodLifers, will you watch The Sinner? It premieres tonight on USA at 10 PM ET.