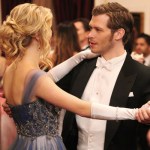 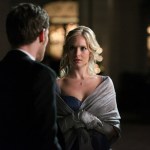 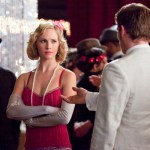 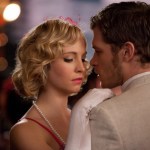 The day is finally (almost) here — Candice King is on set filming ‘The Originals!’ Thanks to social media, we have our first look at Caroline’s arc!

We’ve been waiting for a Caroline Forbes-Salvatore/Klaus Mikaelson reunion for what seems like forever, and we just got one step closer. Carina Mackenzie, a writer on The Originals, shared a photo of Candice King on the set of the first episode of season five, which will be the last season for The CW spinoff. “Day one, already taking over the walkies,” she captioned the photo. Candice, 30, looks absolutely adorable, per usual.

Day one, already taking over the walkies. @craccola

Of course, it’s not the photo we’ve been waiting for. The whole world has been waiting to see a Klaroline reunion, and we’re hopeful that’s what this means. It hasn’t yet been revealed whether Caroline’s cameo will take place in Mystic Falls, at the Salvatore Boarding House; Klaus’ daughter Hope is now enrolled there, and since there’s a time jump, that could be the case. There’s also the option that she could show up in New Orleans. Regardless, we’re hoping Klaus is somewhere close by to appear.

The last communication we saw between the two of them was on the finale of The Vampire Diaries, when we learned, via a letter, that Klaus paid for the school. The letter read: “Dearest Caroline, I have often imagined the paths your life might take, but your chosen future is more noble than I ever fathomed. Please accept this contribution to your virtuous cause. I do look forward to thanking you in person someday… however long it takes. Yours, Klaus.” 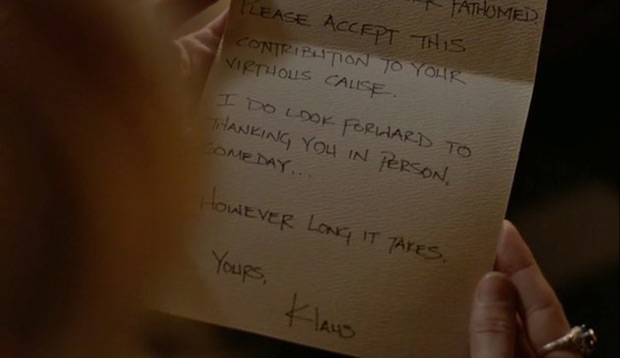 He did not show up in the finale, as many thought he would. “I didn’t know about the letter until after it aired,” Joseph Morgan told MTV News after the finale. “I was like, Huh, he sent her a letter… But it’s a fine balance they have to walk with the finale because ideally you bring back every character that meant something to the show. But then you also have to do justice to the storyline that’s being played out. Knowing how passionate the fans are about everything, it was better to not have Klaus infiltrate that world.”

Well, he did intend to be her last love, so there’s still hope. We know there’s a huge time jump coming on The Originals, but we can’t help but realize Caroline is still wearing her wedding ring from Stefan. So would she even be ready to move on? Only time will tell! Do you want to see a Klaroline reunion, HollywoodLifers?