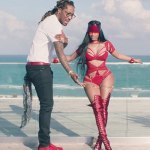 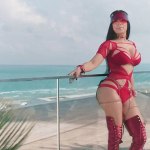 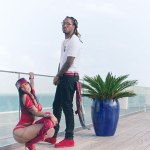 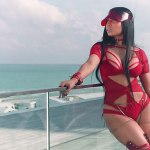 Nicki Minaj is red hot in Future’s new music video for his song ‘You Da Baddest’. She’s rocking a sexy, red, bondage-inspired outfit along with thigh-high boots! Is this her hottest outfit ever? Click to WATCH.

Nicki Minaj is one hell of a special guest in Future’s music video! The rapper is featured on his song and she’s DEFINITELY featured in his music video! Filmed in Miami, the video shows Nicki perched on a balcony overlooking the ocean in a head to toe red outfit. Her red lingerie-inspired look has so many straps and cut outs, I don’t know how she got into it! On top, she’s got a silver chain around her butt and hips. Red, lace up, thigh-high boots add tons of drama and sex appeal. She’s wearing red cuffs on both wrists — very Fifty Shades of Grey. Topping it off, a red, see-through visor. Protect yourself from the sun, kids.

This actually isn’t even the sexiest look in the video. Nicki also rocks a silver thong and chain bra. She’s dripping in sequins, and later adds a fur coat on top of the skimpy ensemble. That look is much more risque than the red outfit, it you can believe it! Her hair is parted in the center and super long and straight. She’s definitely turning heads in this video! Her makeup is actually pretty soft and subdued. Of course, her lashes and long and full, but her skin is glowing and gorgeous, and her lips are a pretty, soft pink.

Nicki has the confidence to rock ANY outfit, and it’s clear that she is totally confident in herself with these latest looks! Watch the music video above and tell us what you think! 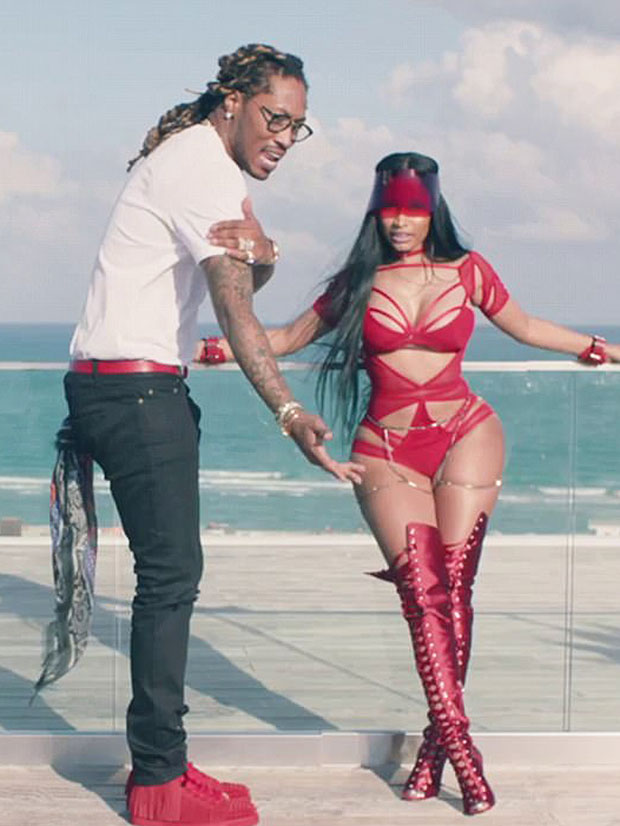 HollywoodLifers, do you think Nicki Minaj’s red outfit in You Da Baddest is her hottest ever?