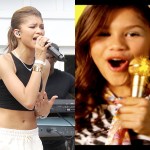 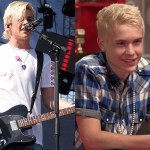 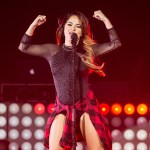 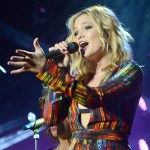 Remember seeing ads for ‘Kidz Bop’ on TV when you were little and listening on long car rides? We’re taking a look back at the brand’s most famous alumni, and some of them might surprise you. Here’s who made it to the top!

Let’s take it back to the 2000s! KIDZ BOP 35 rolls out on July 14, and we’ve rounded up all of the stars who you didn’t know got their start singing covers back in the day in honor. Click through the gallery to see pics of Zendaya, Becky G and more celebs who lived every child’s dream: getting to be part of the Kidz Bop Kids!

Our favorite is Zendaya, who sang on Kidz Bop 15 back in 2009. She went on to be cast as Rocky Blue in Shake It Up! just one year later, along with Bella Thorne, of course. Looks like Kidz Bop was just the leg up she needed! Then there’s Becky G, who sang on Kidz Bop 19 in 2011…and her song “Shower” later appeared on Kidz Bop 27 in 2015. How cool is that?! Ross Lynch of R5, Olivia Holt and Noah Munck (AKA Gibby on iCarly) have also taken their turns as Kidz.

Check out the covers that will be featured on KIDZ BOP 35:

Finally, if you really want to relive the glory days, you can catch the Kidz Bop Kids on tour this summer and fall.

HollywoodLifers, did you listen to Kidz Bop when you were younger?