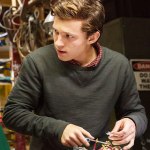 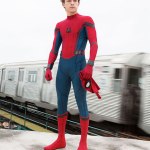 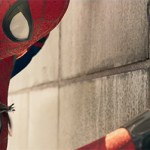 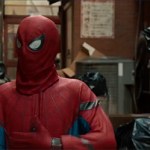 Laura Harrier is becoming a bonafide star for playing the smart and beautiful Liz Allan in ‘Spider-Man: Homecoming’. Learn more about the talented model and actress who plays Peter Parker’s high school crush!

Laura Harrier, 27, is making her debut as a main character in a film by playing Liz Allan in Spider-Man: Homecoming. Spider-Man is an incredibly important addition to the Marvel Cinematic Universe, and playing Peter Parker’s (Tom Holland‘s) love interest is getting her a ton of attention. Liz is the most beautiful girl in school, who’s not just popular, but smarter than smart. She’s the captain of the high school’s academic trivia team and the head of organizing the homecoming dance. Peter’s totally smitten with Liz, for good reason, and gets totally tongue-tied whenever he’s around her. Next, she’s starring in HBO’s Fahrenheit 451 adaptation alongside Michael B. Jordan.

2. There’s a theory that she’ll have an even bigger role in the Spider-Man sequel

In the Marvel comics’ Ultimate Universe timeline, Liz Allan becomes a mutant called Firestar. There’s a theory that this could happen to Liz in the Homecoming sequel, and she’s said in interviews that she’s totally down for that to happen. In the comics, Firestar has a major phobia of mutants and superheroes because her uncle was a mutant. It’s revealed later that she herself is a mutant, and has the ability to manipulate radiation, which gives her the power of flight and create intense heat/fire. The only problem with the Firestar theory is that the hero is one of the X-Men, a franchise owned by Fox. The Spider-Man movies are a collaboration between Sony and Marvel Studios; they don’t have the rights to X-Men.

4. Her first role was on One Life to Live

Laura started out as a soap star on One Life to Live, playing Destiny Evans in the reboot of the classic soap opera. It was tough taking on the role, Laura said. “It was such a weird experience, being thrown into something where everyone else has been there for, like, 50 years,” Laura told Interview Magazine. “I was replacing another actress, and soap fans are crazy; I would get hate mail. It was good because I can memorize anything now,” she said. “They would throw you 50 pages a night, and you would have to know them right away.”

5. She said her favorite superheroes were her parents

Laura scored major points with her family by telling the Chicago Tribune that her parents were her real-life heroes. Aww! “My parents are smart, creative people, but not involved in this stuff (the arts) whatsoever,” she told the paper. “[My heroes are] definitely my parents. I come from a family of strong women, who have been positive role models for me.”

HollywoodLifers, have you seen Spider-Man: Homecoming yet? Let us know what you thought about the movie!