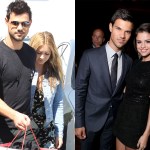 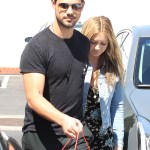 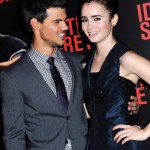 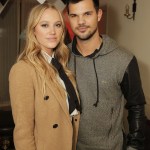 Taylor Lautner and Billie Lourd have split and we’re utterly devastated! We’ve rounded up the other celebs the ‘Scream Queens’ star has dated over years from Selena Gomez to Tay Swift!

Taylor Lautner has dated quite a few Hollywood starlets, but his latest breakup with Billie Lourd has torn us up! After meeting on the set of Scream Queens, their 8-month whirlwind romance had us swooning. Taylor, 25, was totally there for Billie after she tragically lost her mother Carrie Fisher and grandmother Debbie Reynolds in Dec. 2016. Sadly “they aren’t together anymore but they are still friendly,” a source told PEOPLE. As Taylor returns to the market as a single man, we’ve gathered up of his other famous exes! Check Out Taylor’s Past Girlfriends Here!

You might remember Taylor dated Taylor Swift in 2009. The 27 year-old singer obviously had to write about their notorious breakup and we got “Back To December” out of their failed romance. The Twilight actor even got a little awkward when his Scream Queens costar John Stamos asked him about dating her in an interview in August 2016. “Um, I’m sorry, who’s conducting this interview?” Taylor joked before admitting, “It was a good time. It was a fun few months there. But uh, yeah, I did. I had fun with that.”

He definitely had a pretty awkward split with his Abduction costar Lily Collins, 28, in 2011. Taylor reportedly ended things just one week before the premiere of their movie in Los Angeles! That was totally a super awkward red carpet. The exes reportedly didn’t even talk to each other at the party for the movie, according to Us Weekly. Taylor handled another run-in with an old girlfriend like a champ at the 2011 MTV Video Music Awards. He had to present with his ex Selena Gomez, 24. The “Hands To Myself” singer was already dating Justin Bieber, 23, by then so these two kept it strictly professional.

HollywoodLifers, did you remember all of Taylor’s exes? Are you just heartbroken his relationship with Billie is over?