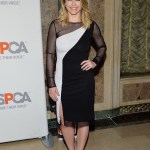 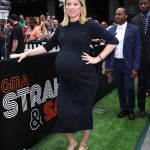 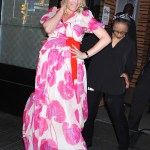 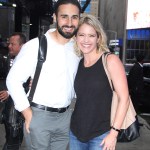 Sara Haines is expecting! Announcing on ‘The View’ that she’s pregnant with her & hubby Max Shifrin’s 2nd child, the host also revealed they’re having a GIRL! Lucky for Sara, she was actually ‘hoping’ for a girl, Max, however, is ‘scared.’ Watch the adorable reveal clip here!

Looks like The View fam is getting a little bigger! Sara Haines, 39, revealed on-air during the June 20 episode of The View, that she’s pregnant once again! The co-host even got sprayed with pink silly string as she revealed she and her husband Max Shifrin are expecting a daughter! Now their 15-month-old son Alec is going to be a big brother! “We are so excited to add to our little family,” Sara gushed to People magazine. “I was hoping for a girl, but Max is a little scared, I think.”

The expectant mom explained of her husband, “He’s feeling a bit nervous about how to parent as a father to a little girl.” After all, “Max has been surrounded by mostly male relatives. He has a brother, all male cousins and only nephews,” Sara said. But the sex of their bundle of joy isn’t the only thing that’s different this time around. Sara’s morning sickness has actually been much worse! “With baby Alec, I was nauseous but never to the point it imposed on my daily life,” Sara recalled. “It was my first pregnancy and I think the adrenaline of being on national TV overtook the feeling of being really nauseous.”

This time, however, she’s “super sick.” “I have to eat through the commercial breaks and they bring me rice crackers and ginger ale. Nothing overrides the nausea,” Sara said. In fact, being on live TV every day was a challenge when it came to hiding her baby bump. “I think people are starting to guess,” Sara, who’s due in December, admitted.

Another difference with baby number two? Her food cravings! “Pizza and bagels were my go-to foods with Alec,” Sara dished. “I crave weird things [now]. Rice crackers have saved me, and sour candies have helped.” Sara told her audience that she and Max are super excited, and despite the nauseousness, they can’t wait to meet their daughter this winter. “I haven’t been feeling great, but it will all be worth it!” Sara said. Aw! Congrats again, Sara and Max!

Tell us, HollywoodLifers — are you excited for Sara and Max? Congratulate the happy couple below!