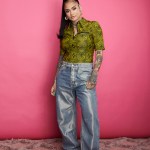 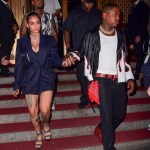 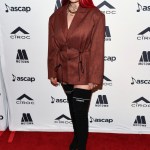 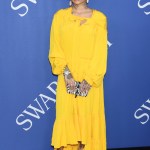 Bad blood? Kyrie Irving’s ex, Kehlani, took a cheap shot at him on June 12, after the Cavs lost to the Warriors in the NBA Finals. The singer gushed over the Dubs in a new video and fans called her out on Kyrie’s behalf. AND, she threw more shade at her ex during a recent concert! Watch here!

In case you were wondering, Kehlani, 22, is a Warriors fan. She took to Instagram LIVE on June 12, to let her followers know how pumped she was that the Dubs won the NBA Championship over the Cavs. So, there’s obviously no love lost between her and her ex, Kyrie Irving, 25, the Cavs’ star point guard.

“It’s lit… turn up… I’m about to go on stage, we just won! … We got this Bay area concert this weekend, it’s going to be lit,” Kehlani excitedly said in the video. While the singer is an Oakland native, many fans thought her comments were out of spite against her ex. Fans were quick to defend Kyrie in the comments, saying that he will back to the Finals next year. Some commenters even slammed her for being “salty” over their relationship and called her a “cheater.” [We’ll explain, below]

But, first, we have to mention Kehlani’s latest outburst over Kyrie. The singer gave fans a major hint that she’s still feeling some type of way over their split, when she lost it in concert recently. When a male fan yelled “Kyrie” in the middle of her set, Kehlani stopped and demanded that security or her fans find the man and kick him out. “Who said that? Turn the lights on. Point him out,” she demanded. “Get the f–k out this concert b–ch. Take your ass… security!” Then, she called on her fans to find the man. “Y’all better be loyal to me up in this b–ch,” she told her fans. Finally, when the man was discovered, she had one last message for him. “Get his b–ch a– out of here. F–k you,” she said, adding, “We don’t play that stupid a– sh-t up in here, come on.” Damn. Watch the videos, below.

Kyrie and Kehlani began dating sometime in 2015, according to reports. Although the pair shared photos of each other on social media, they rarely spoke out about their relationship — until early 2016. In Jan. of that year, Kehlani was accused of cheating on Kyrie when her ex PartyNextDoor, 23, posted a photo in bed with her. That set the internet off, and Kehlani became the target of intense cyber-bullying.

The singer was so hurt by the rumors that she took to Instagram shortly after where she said she “wanted to leave this earth.” Kehlani reportedly attempted suicide at the end of March 2016, by slashing her wrists. After the reported suicide attempt, she posted a photo, where she was laying in a hospital bed with PND at her side. She credited the rapper for “saving” her life, and then denied that she was a “cheater” or a “thot.”

Shockingly, Kyrie finally spoke out soon after, where he said that he and Kehlani had split before the photo with PND came out. In a series of tweets, which were later deleted, Kyrie said that it was “hard to see what was going on and not address the truth.” The Cavs star ended his class act statement with, “Nothing but love and compassion over this way for her and her family. My only focus the Game I love to play every night.” Kyrie has remained silent through his ex’s latest actions, as he’s only focused on his true love — the game. The Cavs guard has already admitted that his team’s Game 5 loss has fueled him to be even better next season.