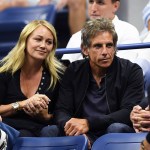 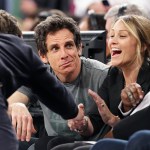 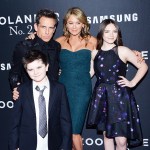 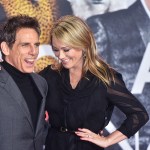 One of Hollywood’s greatest power couples, Ben Stiller and Christine Taylor, announced on May 25 that they’re divorcing after seventeen years of marriage. Because we still believe in true love, we’re looking back at their relationship timeline through pics.

Ben Stiller, 51, and Christine Taylor‘s, 45, love story begins in 1999 when they met on set of TV series Heat, Vision And Jack. As soon as he laid eyes on her, he felt Cupid’s Arrow make contact. “It hit me out of the blue,” The Secret Life Of Walter Mitty star confessed to Parade magazine in 2016. “We just started hanging out with each other and it developed into, ‘Wow, this feels great. I really like this person. I think I love this person. I really do – I love this person.’” A year later, on May 13, 2000, Ben and Christine were married on a beautiful island in Hawaii. The oceanfront ceremony, which was packed with candles and flowers, took place in Kauai.

It wasn’t long until the Friends guest-star, who played Bonnie — Rachel’s nemesis in the battle for Ross’ heart, gave birth to children Ella and Quinlin. Within a few years Ben’s son had already mastered the Blue Steel look his father coined in both Zoolander movies — and it’s seriously the cutest thing we’ve ever seen! In between having children, the lovebirds worked together on a great deal of unforgettable comedies that we know every single line to, including Dodgeball, Madagascar, Tropic Thunder, and Arrested Development.

One of the reason we’re shocked to hear of Ben and Christine’s divorce is because they did literally everything. They acted together, and even dieted as a team. In 2012, the couple decided to partake in the vegan lifestyle for health reasons. “Ben and I make these green drinks in the morning and they look at us like it’s from another planet,” the blonde beauty said to People. “I joke, ‘Just join the party! Don’t complain so much, just join us.’” Unfortunately the move stars’ united adventures came to an end of May 26 when they issues a statement announcing their divorce. So sad!

HollywoodLifers, what’s your favorite moment from Ben and Christine’s marriage? Tell us below!