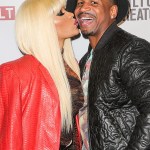 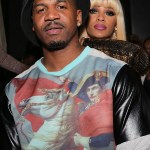 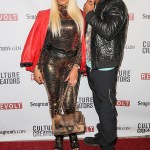 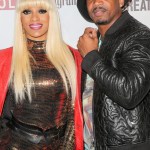 Joseline Hernandez and Stevie J have called it QUITS, HollywoodLife has EXCLUSIVELY learned! You’ll be heartbroken over how Stevie’s protege Estelita Quintero led to their relationship falling apart!

Joseline Hernandez and Stevie J, 45, are reportedly no more! “They broke up again,” a source close to Joseline told HollywoodLife.com EXCLUSIVELY. “It all started over Estelita [Quintero]. They started fighting over her and it escalated.” Tensions reportedly started rising after Joseline, 30, watched Stevie with his beautiful new protege on Love & Hip Hop Atlanta. “Joseline’s accusing of sleeping with Estelita, she says she has the receipts,” the insider said.

Joseline reportedly was already not a fan of the new lady in her man’s life. “Joseline can not stand Estelita, she’s very threatened by her,” an insider previously told HollywoodLife.com. “Joseline had a very hard time watching the latest episode because Stevie was bringing Estelita around like she was his woman. Stevie warned Joseline that it was coming up but that still didn’t fully prepare her, she got very emotional watching him with Estelita.” Joseline had some heads up, but that still had to be tough on her to watch Stevie and Estelita get along like that.

Estelita might have been giving Joseline a reason to get suspicious about her relationship with Stevie. “She’s messaging him all the time and liking all his pics. It’s easy to see why Joseline thinks the woman is out to steal her man,” the source told us. Joseline has been showing off her stunning looks in the meantime. She debuted her new bangs on May 19 and flaunted her gorgeous curves in a stunning thong bikini. Could she be trying to show Stevie what he could be missing out on if he starts spending even more time with Estelita?

HollywoodLifers, do you think this is the end of Joseline and Stevie J? Tell us your thoughts in the comments below!