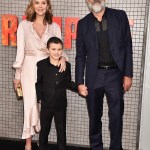 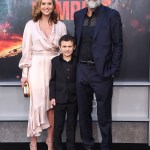 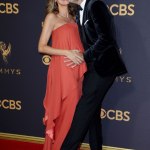 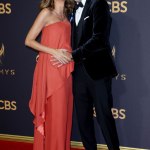 OMG! Can you believe it’s been 11 years since ‘Grey’s Anatomy’ killed off Denny Duquette and ruined our lives forever? Jeffrey Dean Morgan honored the iconic character on Twitter, even thanking the show’s creator, Shonda Rhimes, for changing his life with the role.

Jeffrey Dean Morgan, 51, made his way into America’s hearts and homes with the role of a lifetime on Grey’s Anatomy as Denny Duquette. We first met Denny in season two, episode 13 when he checked into Seattle Grace Hospital to get a heart transplant. That’s also when Izzie (Katherine Heigl) met Denny for the first time and their chemistry was like watching a controlled explosion on television. Unfortunately Denny didn’t end up getting the transplant, but it worked out for all of the viewers who had fallen in love with him because he made a return in episode 19. But then… he died, and the world stopped turning.

The actor behind Denny, the handsome and incomparable Jeffrey, has always been open about his soft spot for the character. On May 16, one day after the 11th anniversary of Denny’s TV death, Jeffrey wrote a really sweet tribute on Twitter that had fans in tears. Not only did Jeffrey take a moment to acknowledge the character and his anniversary, he also credited the one and only Shonda Rhimes for changing his life forever. Grab some tissues and check out the tweet below:

Isn’t that sweet? What we love most about Denny’s arc is that even death couldn’t keep him away from the series. In season three, episode 16 when Meredith (Ellen Pompeo) drowned, she saw Denny on the other side. But, that wasn’t it! Izzie started seeing Denny in season five, episode seven while working on the heart patient who was supposed to get the transplant that killed Denny. Izzie’s hallucinations were later revealed to be caused by a brain tumor, and she continued an imaginary relationship with Denny through episode 23. Sadly, that was the last we saw of him on Greys — but that’s why we watch his villainous, anti-Denny (Negan!) on The Walking Dead now!

Tell us, HollywoodLifers — What was YOUR favorite Denny moment while he was on Grey’s? Comment below, let us know!