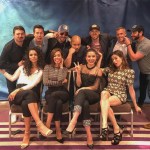 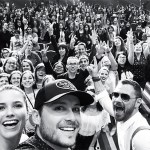 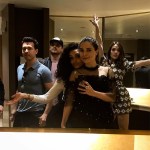 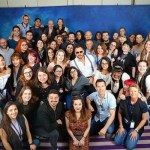 Det. Lindsay has a lot of baggage — some that has come out over the duration of the past four seasons of ‘Chicago P.D.,’ but it sounds like we haven’t seen anything yet. HollywoodLife.com caught up with Sophia Bush, who hinted at the intense final two episodes.

“The last two episodes are so crazy for my character. I’m excited about it, though,” Sophia Bush, 34, told HollywoodLife.com exclusively at Listerine’s Unlock Your Bold event in New York City. “Every once in a while you get to see underneath with Lindsay, and there’s been sort of drama and toss-ups. Sometimes we get scripts and we’re like, ‘Why is this happening?’ But I think it’s all been to sort of serve the last two episodes, which I’m excited about.”

Right now, Det. Lindsay and her partner, Det. Halstead (Jesse Lee Soffer) are romantically on the outs, and in a sneak peek posted by our sister publication, TVLine, we know that Bunny returns bearing gifts — something Halstead isn’t a fan of. With Voight then separating Lindstead as partners, we’re sure to see a bit of a darker side to Lindsay. Plus, she’s now partnered with Upton (guest star Tracy Spiridakos), while Halstead teams up with Olinsky.

Chicago P.D. airs on Wednesdays at 10 PM ET. What do you hope to see from Lindsay?