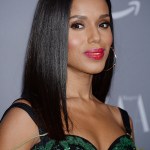 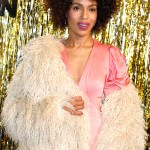 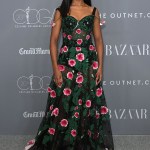 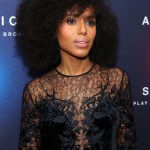 Yikes! Chris Rock admitted that he cheated on his wife, Malaak Compton, with THREE different women over the course of their 20-year marriage. Now, a shocking new report alleges that Kerry Washington was one of them. Read on for all the details!

We’re absolutely stunned. Chris Rock, 52, said he was unfaithful to his ex-wife Malaak Compton-Rock, 47. A shocking new report alleged that one of the three people Chris had been with was Scandal star Kerry Washington, 40. “He was cheating on his wife with Kerry when they were filming [‘I Think I Love My Wife’] about him, ironically, having fantasies of cheating on his wife,” a source told Page Six. “That went on for a while, for like six months, and she found out. There’s no gray area.”

Rumors of their alleged affair began swirling in 2007, when Kerry was engaged to David Moscow. Shockingly, Chris actually brought up the cheating claims himself in a Rolling Stone piece about his world tour, Total Blackout. “It’s the alimony tour,” he joked to the publication. “I’ve got to make some money first.” A friend of the comedian’s didn’t elaborate on the Kerry situation, but instead revealed that Chris’ marriage to Malaak was “tumultuous.”

This new revelation involving Kerry could explain why the Madagascar actor and Malaak endured such a nasty divorce. The couple originally filed in 2015, but as time when on, their connection only grew more hostile and toxic. “They’re at each other’s throats constantly. They are by far in the worst place they’ve ever been,” a source told InTouch in February 2016. “This has turned into one of the most vicious divorces Hollywood has ever seen.”

HollywoodLifers, do you think Chris and Kerry were ever together? Tell us your thoughts in the comments below!