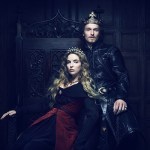 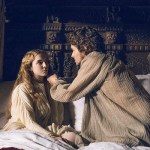 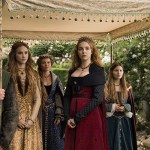 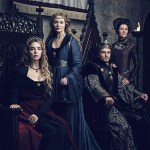 ‘The White Princess’ is if nothing but utterly dramatic, and that’s proven again in third episode as our hero Lizzie gives birth with no help from a doctor. Seriously! Is little Arthur enough to pull the kingdom together, or is the newly-crowned Lizzie going to come up with another plan?

For anyone who misses Game of Thrones, The White Princess is jumping on that “horrendous but endlessly fascinating period drama” train right out of the gate. Episode three opens with Lizzie (Jodie Comer) in the full throws of labor, which, you guessed it, is far worse in the 1500s than it is now. Watching a woman give birth in the late middle ages is nauseating, and there’s an added layer of horror knowing that Lizzie’s the best possible conditions to give birth than any other person in England.

She’s the soon-to-be queen, giving birth to the royal heir! The term “royal treatment” exists for a reason, and the shabby, unregulated and unsterile environment in which Lizzie is forced to have her baby is awful. But nevertheless, she persisted. Lizzie, with the assistance of Lady Margaret (Michelle Fairley), Cecily (Suki Waterhouse), Maggie (Rebecca Benson) and a duo of midwives — and piercing screams and struggles — she brings Arthur into the world. The royal son is here!

You’d think that having Margaret in the room would make everything worse, but she’s exceedingly gentle and kind to Lizzie. When Lizzie’s having trouble pushing, she tells her that she knows all too well what this was like, especially giving birth to the future king. Um, okay lady. Your son wasn’t king until he killed the other one. Nice try. Lizzie takes what she can get, though. She’s instantly in love with her child, whom she names Arthur.

Elizabeth Woodsville (Essie Davis) arrives to see her daughter/make everything worse. She has a catty conversation with Margaret, ending with telling her that there’s finally a child to unite the Tudors and the Yorks. That’s nice and everything, but she should know by now that this baby is 100% Tudor –and so is Lizzie. Stop trying to make the Yorks happen!

King Henry (Jacob Collins-Levy) is ecstatic, and rushes to Lizzie’s side as soon as he hears the news. He’s so in love with little Arthur…and maybe with Lizzie, too? He tells her she’s “radiant” and starts making giddy plans for their life together as king and queen. He even draws up Arthur’s own crest: a red rose surrounding a white rose. It’s sweet, and shows that he’s truly trying to make a united England, with Lizzie at the helm.

The prospect of Lizzie and Henry actually falling in love, instead of just being married by arrangement is teased further in this episode. Lizzie is coronated as queen after Arthur’s birth, and while neither are too happy about it, Henry’s starting to treat her like a real partner. When Elizabeth is sent to the dungeons for putting out a hit on Henry in York territory (she wasn’t very subtle about it), Lizzie begs him for leniency, to send her mother and little sisters to live at an abbey instead. He’s cool with it! Of course, this hasn’t stopped Elizabeth from sending secret notes to Burgundy when the friars aren’t watching. She’s in serious danger of getting sentenced to death for treason at this point.

‘The White Princess’ — Photos From The Series

Henry and Lizzie realize they have more in common than they thought while having a serious conversation about their relationship. Just like Lizzie didn’t want to be queen, or used as a bargaining chip between two warring kingdoms, Henry never wanted to be king. It was his destiny, as his mother told Lizzie while she was giving birth, and he was forced to do anything asked of him — even kill Lizzie’s family. They realize they’re both pawns of England, just in power to stroke their parents’ egos.

It’s this conversation that has Lizzie softening. Despite the horrible things that have happened since coming to London, and everything the Tudors have done to the Yorks, she feels for Henry. The episode end with Lizzie walking from her quarters to Henry’s room in the middle of the night to fall asleep in his arms. Neither of them are quite sure how they feel, or what’s going on, but they sleep peacefully together. Is this truly Lizzie loving Henry, or is this another form of manipulation?

The doubt is there because Teddy (Albert de Jongh) is still locked in the tower where her brother died. She’s tried in vain to get Henry to let him out, but his hands are tied at this point. He knows that the Yorks (especially Elizabeth) are trying to kill him, and if they get their hands on Teddy they can try to usurp his throne. Knowing Lizzie, it’s only a matter of time before she can think up a plot to get him freed.

Meanwhile, in Burgundy! Jasper (Vincent Regan) has come to pay the Duchess Margaret (Joanne Whalley) a visit to beg her to take the side of the Tudors in their power struggle. Funnily enough, his visit coincides with the arrival of a letter from Elizabeth, asking her to take the Yorks side. The glimpse into the Burgundy court just how different life in France is from England at that time. Basically, it’s great. Everyone is happy, women are treated extremely well, and life is a beautiful garden party.

Jasper almost gets the Duchess to take his side, but at the very last moment, her daughter Mary (Emmanuelle Bouaziz) dies after falling off a horse, while racing one of Jasper’s men. Bye! No alliance! The war rages on…at least until next week.

HollywoodLifers, do you think Lizzie is really falling in love with Henry?