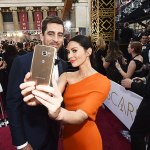 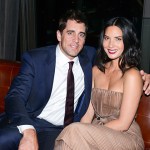 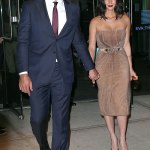 It’s no fun watching your ex move on quickly after a breakup, and that’s exactly what Olivia Munn is dealing with now. HollywoodLife.com has learned EXCLUSIVELY that Olivia is livid after seeing her Aaron Rodgers out with ‘Baywatch’ star Kelly Rohrbach.

“Olivia [Munn] is furious after seeing Aaron [Rodgers] out with Kelly [Rohrbach],” an insider told HollywoodLife.com EXCLUSIVELY. “Aaron made it seem like he was in no rush to date anyone else when they split. It was more about the issues they were having — the fighting and him needing space. Now she’s wondering if Aaron wasn’t being completely honest with her and had his eye on Kelly while they were together.” Ouch!

The 33-year-old Green Bay Packers quarterback and the 36-year-old X-Men: Apocalypse actress broke up in early April. Aaron was reportedly the one to end it because his family thought his longtime girlfriend was “too controlling.”

But just a few weeks later Aaron was spotted playing a round of golf with the 27-year-old Baywatch beauty at the Westchester Golf Course in LA on April 27. So, if Olivia bought his original reason for the breakup, and now she sees that he’s already cozying up to another women, we can totally understand why she would be “furious.”

To make matters worse, an insider previously told HollywoodLife.com that Aaron and Kelly already had a little chemistry going on way before Aaron and Olivia split. Apparently the two hit it off at the AT&T Pebble Beach Pro AM back in February. “They had met a couple times before that at different golf events, but sparks were flying high when they spent time together at this year’s tournament,” the source revealed.

We’re pretty sure Olivia would not be happy about that piece of information at all!

HollywoodLifers, do you think that Aaron is being honest about why he broke up with Olivia? Do you think he actually left Olivia for Kelly? Give us all your thoughts below!