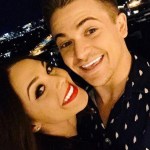 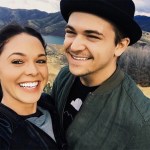 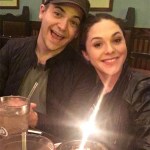 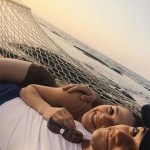 Hunter Hayes and Libby Barnes are the cutest! But, before they decided go public with their romance, the pair had ‘long and hard’ discussions. Hunter EXCLUSIVELY revealed to Hollywoodlife.com, why they hesitated to tell the world that they were an item! Get the scoop!

Hunter Hayes, 25, doesn’t mess around when it comes to his relationship with makeup artist, Libby Barnes. Before going public [on social media] with their romance, Hunter had to make sure that it was the right thing to do, he EXCLUSIVELY told HollywoodLife.com! Libby — a makeup artist from Nashville — didn’t have her life in the spotlight as much as he did, at the time.

The country singer went on to explain how fame was something that came with the career he chose. Therefore, subjecting Libby to the limelight was something that he had to deal with very carefully. “I love sharing as much as humanly possible, and letting fans into my life,” he explained. “But, I kind of choose that, and I’m okay with it. I didn’t want to subject someone in my life to what I chose. I wanted to be sensitive to her and her privacy, and ours at the same time.” SO sweet!

She is incredible. She is love, patience, strength, kindness, happiness, beauty and a blessing to anyone who's lucky enough to know her. Happy Birthday Babe!

When it came down to making things Instagram official, “We had several talks, just to make sure that we handled it in respect to each other,” Hunter admitted. “We had the utmost understanding of like ‘OK, you let me know.'” In the end, Hunter said that he and Libby handled things with “good communication,” which was “very important.” We couldn’t agree more!

The world was first introduced to Libby when Hunter took her to the 2014 CMA Awards as his date. As soon as Libby stepped on to the red carpet with Hunter, there was a social media firestorm! Everyone wanted to know who his “mystery girl” was.

When Hunter was asked about his date at the 2014 country music event, he couldn’t help but gush over her. But, he managed to keep their relationship status a secret. “I have a very lovely date actually. She’s gorgeous, and very sweet, too. I’m really lucky,” he told Taste of Country. And, it looks like nothing’s changed!

“Libby’s an awesome human,” Hunter gushed to us. “I think my fans have gotten to know her and love her. And I knew they would.” Um, where can we find a man like Hunter?

HollywoodLifers, do you think Hunter and Libby will get engaged in 2017?