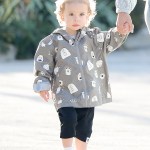 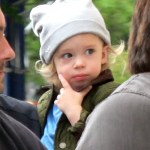 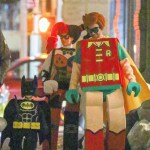 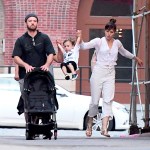 What a cutie! It’s obvious Silas Timberlake, 2, takes after his stunning mom Jessica Biel, 35, but he’s basically a dead ringer for a young version of his dad Justin Timberlake, 36, too! And spotted on Apr. 17 sporting a super cute man bun, the youngster proved he’s got his parents’ killer fashion sense as well! I mean seriously, have you SEEN a more precious boy bun?

Showing off her son’s hipster spirit, Jessica walked hand-in-hand with little Silas, who turned 2 earlier this month, while out and about in New York City. The sweet duo were seen at a park in Chelsea while Justin got his golf on at Chelsea Piers. And the two looked adorable together, the actress even picking her tiny boy up at one point and carrying him. Jessica sported a denim look complete with a chambray blouse, light blue skinny jeans, and white Adidas sneakers.

Silas had a similarly casual ensemble as he wore a printed gray jacket, black joggers, and mini sneaks. But it was his hairstyle that totally grabbed our attention! Silas rocked a baby man bun, and not only did he nail the ‘do, but he looked adorable doing it — talk about a trendy toddler!

This isn’t the first time fans have seen Jessica and Silas looking like a picture-perfect mama-son pair. Back in October, the star was spotted with her son while filming a project in South Carolina, and she sweetly held him as they went for a walk together. And while Jess and Justin don’t share much about Silas via social media, it’s obvious how big Silas has gotten — even since his and Jessica’s October outing! Where does the time go? Soon Silas will be looking even MORE like his famous dad!

Tell us, HollywoodLifers — are you loving Silas’ sweet hairdo? Do you think the cutie looks more like Jessica or Justin?