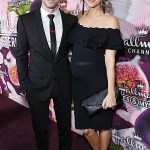 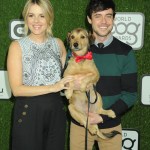 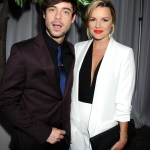 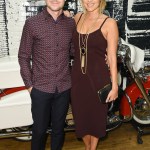 Ali Fedotowsky’s ‘Bachelorette,’ days are over! The television personality is now happily married to Kevin Manno and she EXCLUSIVELY let HollywoodLife.com in on all of the behind-the-scenes scoop from their special day! And, you’ll never guess what she forgot to walk down the aisle with…

Ali Fedotowsky, 32, and her producer hubby, Kevin Manno, 33, married on March 3 in a stunning beachside wedding in LA. The pair were surrounded by their closest friends and family on the most important day of their lives, besides having Molly, 9 months, of course.

“My wedding was magical and perfect,” Ali EXCLUSIVELY told HollywoodLife.com, with the biggest smile on her face. “There were a lot of happy tears. Nonetheless, there were a few things about their special day that didn’t go as planned.

“The one big regret I had from my wedding day was not wearing my veil… I forgot it!”, the Ali Luvs blogger admitted. Her shock was still fresh although she’s been a newlywed for over a month. “I know it’s a mundane thing, but when I realized at the end of the ceremony that I didn’t have it on, I was like, ‘Ah!'” A veil is like a part of the entire wedding, and I forgot to wear it!” Oh no!

And, here’s how she forgot one of the major staples of a wedding ceremony: “When my dress was taken out of my garment bag, whoever took it out, left the veil in there,” she said. We wouldn’t want to be that person! Then, Ali had another minor wedding mishap when she forgot two other things — “A pair of my earrings to wear and the sash to my dress!” Oh boy. “I wore two dresses, and for the second one I forgot the both pieces. So, I actually ended up putting a pair a 99 cent Forever 21 earrings in.” Wow! But, her day ended up being everything she’d hoped for and more.

I get it. I'm a newlywed and nauseatingly mushy about my new husband! Can you blame me? @KevinManno is pretty awesome 😉And I wish I could wear this @alvinavalenta dress from @jlmboutique everyday! Sigh #tbt #wedding #weddings #weddinginspo #newlyweds 📷 by @brandonkiddphoto

Although Ali’s shared a lot of her wedding details with HollywoodLife.com, as well as fun photos on her Instagram, there’s more coming! She actually told us that she had just gotten her wedding video! “I think we’re actually going to unveil that soon,” Ali revealed, after she said that she can Kevin were bawling while they watched the film. We can’t wait to see it!

Now that Ali’s Bachelorette days are behind her and she has a beautiful baby girl, she revealed that she’s currently in the transitional period of really growing up. “I think it is different vibes [since being married],” she said. “There’s little things… I’m about to change my name to Manno. Publicly I’ll be Fedotowsky-Manno, but legally I’ll be Ali Manno. Now, we’re combining our lives with our finances and our home, as well as emotionally. It’s also just the finality of everything. I said to Kevin, ‘This is it. There’s no more dating,'” Ali joked. “Marriage has made me appreciate life.”

As for how Ali and Kevin keep their relationship fresh and exciting? — Ali revealed that it’s not about keeping the “spice” alive in her marriage to Kevin, but it’s about keeping the “mutual respect” alive. “Do I think being romantic and having a healthy sexual relationship is important? Yes. But, at the end of the day, what’s most important is that respect,” she admitted. “Once you start having that contempt for one another and you don’t support them for the person that they are, that’s when the relationship goes down hill. Respect is what will keep our relationship strong. We’re 100 percent a team.” Preach!

With today being Easter, Ali filled us in on an important partnership of hers! “I have partnered with the American Egg Board. They support the egg farmers of America and it’s an important time for us to be supporting American businesses and families,” she explained. “Being a new mom, I am all about making each holiday so special, because Kevin [Manno] and I have Molly.” So, Ali gave us a few tips on how to decorate the best eggs for the holiday! And, you can even post your decorated eggs on Instagram using the hashtags, “Egg Art” and “Sweepstakes”; then you’ll automatically be entered into a contest to win an amazing Easter basket filled with fun goodies like a Kitchen Aid mixer, cookbooks and more! The American Egg Board will be choosing three winners before the end of April 16, so get your designs online!

Molly's face when I told her a human-sized bunny is going to bring her a basket full of goodies this Easter 😳😂 Ha! We are so excited to celebrate Molly’s 1st Easter! I've teamed up with @IncredibleEgg to create an Easter guide on my blog on how to create beautifully decorated eggs and I'm sharing some yummy family brunch recipes! I also wrote about family traditions we want to start with Molly. Oh and the decorated eggs are absolutely GORGEOUS!! And so easy to do. Plus we are doing a giveaway for YOU guys! Check it all out of the blog: www.AliLuvs.com (link in bio) #Easter #EggDecorating #EggArt #GlitterEggs #BrownEggDecorating #EggTattoos #PolkaDotEggs #BabysFirstEaster #SomeBunnyLovesMe #AliLuvs #IncredibleEdibleEgg #Sponsored

“You can do such cool designs that look hard but they’re super easy,” Ali said. Some tips Ali had were: “Use the eraser of a pencil to create fun polk-a-dots around your eggs; decorate your eggs with temporary tattoos, cartoon tattoos for the kids, or fun flash tattoos for the adults; put glitter in a ziplock bag, roll your egg in glue and toss it around in the bag.” SO fun!

HollywoodLifers, was there ever a time where you forgot something so important for a major event in your life?!