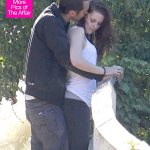 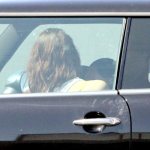 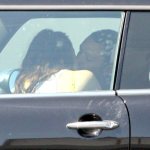 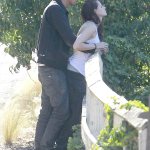 ‘Twilight’ fans blamed him for helping to break up Kristen Stewart and Robert Pattinson, but director Rupert Sanders confessed that he doesn’t feel bad over his infamous affair with K-Stew. Instead, he thinks he should be forgiven for making an honest ‘mistake!’

“You never know what’s coming in life,” Rupert Sanders, 46, told Marie Claire magazine when discussing the 2012 incident where he was caught cheating with Kristen Stewart, 26. K-Stew was still dating Robert Pattinson, 30, at the time and Rupert himself was married to model Liberty Ross, 38. As to how he wound up with his arms around Kristen, Rupert could only shrug. “Around every corner there’s something unexpected and that’s life.”

“You just have to brush yourself off and continue moving forward the best you can,” he says. “Everyone makes mistakes. I am bound to make more mistakes, and I wouldn’t expect my life to be exciting if I didn’t.”

When the news broke that Robsten was not the fairy tale romance as depicted in the Twilight series, the Internet went absolutely bonkers. Even future president Donald Trump, 70, got in on the discussion, calling Kristen a “dog.” Trump didn’t really blast Rupert, who also cheated on his significant other, but the Snow White & The Huntsman director is hoping that fans can forgive him. “If you took people off the table for a momentary lapse,” he told Marie Claire, “there would be no one making art.”

Of course, things have changed greatly since that 2012 “mistake.” Kristen has famously come out as a gay, and she drove the point home in a hilarious way. While appearing on the Feb. 5 episode of Saturday Night Live, K-Stew dragged Donald over his comments on her affair.

“I don’t think Donald Trump hated me I think he was in love with my boyfriend,” she said before announcing she was “like, so gay, dude.” Robert, who forgave Kristen for cheating on him by writing it off as “sh*t happens,” has gone on to fall in love with FKA Twigs, 29. As for Rupert? He went on to direct the Ghost In The Shell movie with Scarlett Johansson, 32, who just divorced her husband of two years, Romain Dauriac. It seems everyone has moved on.

What do you think about Rupert’s comments, HollywoodLifers? Do you think it was just a “mistake?” Should fans forgive him?